A compound arm fracture led to emergency surgery for 10-year-old Kate. But while the bones were healing, scar tissue built up around her nerves, and an expert in pediatric hand conditions stepped in to help. 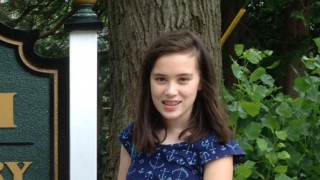 Kate had recently perfected her back walkover and moved up a level in gymnastics when she broke her arm at an indoor trampoline park. There was no orthopaedic surgeon on duty at the nearest hospital to repair the compound fracture, so Kate was brought to Children’s Hospital of Philadelphia (CHOP). There, Alexandre Arkader, MD, surgically inserted two rods into her arm to stabilize the broken bones. Her arm was put in a cast with a plan to remove it in a month. The rods would be removed six months later.

“We went in thinking, ‘OK. He’s just going to put these rods in, they’ll put her in a cast and we’ll be good in a month,’” Remembers Kate’s mom, Angela. But as the weeks went by, Kate complained that her arm felt “tight” and uncomfortable. When Dr. Arkader removed the cast as scheduled, he asked Kate to extend her fingers. She couldn’t move them.

A second surgery and an answer

Dr. Arkader called in Benjamin Chang, MD, FACS, who has special expertise treating hand and upper extremity conditions. An MRI and an electromyography (EMG) showed that the muscles and nerves in Kate’s arm were not functioning properly. Dr. Chang would perform a second surgery four weeks later to find out why.

Scar tissue had built up around the fracture, sticking to the muscles and constricting the nerves. Dr. Chang cleaned out the scar tissue, released the muscles in Kate’s arm so they could move her fingers, and freed up the nerves so that she would recover feeling in her hand.

Kate had weekly occupational therapy  sessions at CHOP’s Specialty Care Center, Virtua, in Voorhees, NJ, and worked hard over the next seven months to regain full use of her arm. One of Kate’s therapies involved moving colored blocks from one compartment in a box to another. It took Kate a full minute to move just three of the blocks on her first attempt.

“My fear was that she would never come back from this,” says Angela

On the road to recovery 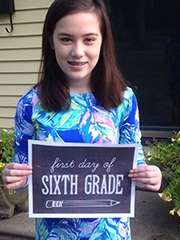 Though she wasn’t able to participate in gymnastics, ballet or field hockey — her three favorite activities — Kate found other ways to have fun while she was sidelined. She spent endless hours making slime and playing with Squishies toys. It turns out that playing with the malleable slime and Squishies was excellent therapy for her left hand.

Dr. Arkader was able to remove the rods in Kate’s arm earlier than planned. With her third and final surgery behind her, Kate was able to focus on recovering. Two months later, an X-ray showed that the bones were fully healed. By December, she was speeding through the block therapy in OT, moving 53 blocks in 60 seconds. "Without Kate's hard work in therapy, her muscle function would not have returned,” says Dr. Chang. “They would have just scarred back down."

“You would never know if you saw her that something happened to her unless you saw the scar on her arm,” says Angela. She adds that Kate plans to resume field hockey and gymnastics at some point, “but, we’re definitely not going to a trampoline party ever again.”