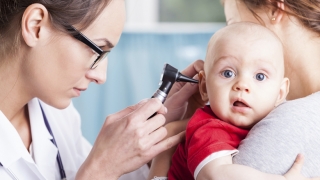 Ear tube surgery, also known as tympanostomy tube insertion surgery, is the most common childhood surgery performed in the United States. At The Children’s Hospital of Philadelphia alone, surgeons in the Division of Otolaryngology (ENT) surgically implant ear tubes in more than 4,000 children each year at CHOP’s Main Hospital and the CHOP Specialty Care Center & Surgery Centers in Brandywine Valley, Bucks County, King of Prussia and Voorhees.

For children plagued by ear infections from an early age, ear tubes offer many benefits. These tiny cylinders, usually made of plastic and sometimes metal, are surgically inserted into your child’s eardrum. This allows air to flow in and out of the middle ear, which improves the health of the middle ear and typically reduces the number of ear infections.

But just because your family has suffered through some late nights and gone through several courses of antibiotics for ear infections, that doesn’t necessarily mean ear tube placement is the best option. “We don’t recommend ear tube surgery for every single child with an ear infection,” says Brian P. Dunham, MD, an attending surgeon in the Division of Otolaryngology. “Often, antibiotics and other non-surgical treatments are better suited for children who have occasional ear infections.”

Generally, Dr. Dunham and other doctors at CHOP will recommend ear tubes if your child:

Think it may be time to consider ear tube surgery for your child? Read more about the procedure, including all of the benefits and risks. 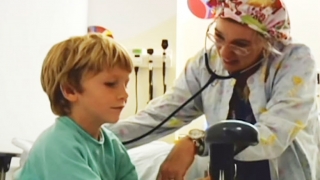 CHOP offers surgical services to families in our Ambulatory Surgery Centers in Brandywine Valley, Bucks, King of Prussia and Voorhees. These centers allow families access to the services of renowned Children's Hospital surgeons without a trip to the city.