When Children’s Hospital of Philadelphia (CHOP) joined the ImproveCareNow (ICN) Network in 2010, gastroenterologists hoped the alliance with dozens of other hospitals in the U.S. and Europe would help them accelerate innovation, discovery and the application of new knowledge. They sought to create a coordinated framework of care that would provide access to the best treatment options for pediatric patients with inflammatory bowel disease (IBD). Since then, CHOP’s Center for Pediatric Inflammatory Bowel Disease has become one of the largest and most active clinical sites in the ICN Network — and the world — dedicated to identifying sustainable IBD treatments, proactively performing therapeutic drug monitoring, optimizing biologic therapies and utilizing nutritional, as well as complementary therapies to improve IBD symptoms and patients’ overall quality of life. 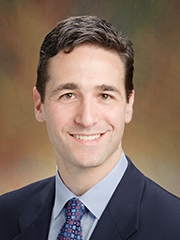 Andrew Grossman, MD CHOP has the largest number of active patients in ICN’s network, and several of its IBD leaders — including Andrew B. Grossman, MD, Robert N. Baldassano, MD, and Trusha Patel, MD — have served in numerous leadership roles with the network.

“What ImproveCareNow helped us do — at least at the beginning — was better define our population of children and adolescents with IBD at CHOP, to better track who was seen and when, and to monitor patients longterm,” Dr. Grossman says. “ICN offered us the tools to help us collect standardized metrics on our patients, to monitor their treatments and chart their outcomes with the ultimate goal of helping all of our pediatric IBD patients get better faster and stay well longer.”

Since the founding of ICN in 2007, treatment options for IBD have changed considerably. Biologic drugs like infliximab (Remicade®) and adalimumab (Humira®) — once reserved for children who had already tried and failed to achieve successful outcomes with other medications — have become first-line treatments. The use of steroids to control disease flares — which used to be standard practice for patients with IBD — has decreased significantly in the past decade. The decline in steroid use has allowed more children with IBD to achieve typical growth and developmental milestones.

“The ‘all teach, all learn’ collaborative approach to care with ICN helped every clinical site improve care for children with IBD,” Dr. Grossman says. “At CHOP, we used the learnings as a springboard to address specific issues we identified in our patient population and created novel improvement projects to address these issues.”

One such CHOP-centric project was led by Jessica Breton, MD, attending gastroenterologist, who wanted to address the fact that iron-deficient anemia was often underdiagnosed in patients with IBD. She led a collaboration between members of the Division of Gastroenterology, Hepatology and Nutrition, the Division of Hematology, Clinical Nutrition and Pharmacy, as well as improvement specialists at CHOP to create a clinical pathway for the evaluation and treatment of iron deficiency and iron-deficient anemia in patients with IBD. By creating and utilizing a dashboard from the hospital’s electronic medical record as a guide, gastroenterologists were able to identify IBD patients who met age- and gender-specific criteria for anemia, and swiftly provide interventions and treatment as needed. The project has led to a measurable improvement in the rates of anemia detection and treatment in our IBD population, which has been shown to improve quality of life, Dr. Grossman says. 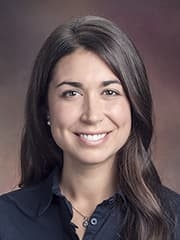 Jessica Breton, MD The Center for Pediatric IBD treats about 1,700 patients a year and evaluates another 200 or so for second opinions. Referring physicians and families often turn to CHOP for reassurance about a proposed treatment plan, questions about unclear diagnostics, or seeking personalized treatment options.

“We welcome collaboration with referring physicians,” Dr. Grossman says. “We’re a large center, but we are available and will work with you and your patients to evaluate them as quickly as possible.” Multidisciplinary evaluations are available with gastroenterologists and nutrition specialists, as well as experts in rheumatology, endocrinology, immunology and others, as needed.

The Center for Pediatric IBD was also named a Frontier Program at CHOP, one of a select few programs at the hospital to receive an influx of funds designed to improve access to care, enhance collaboration with related specialties and support services, and bolster existing clinical programs and research to expand treatments and improve outcomes for patients.

Other projects in the works at the Center include:

“We’ve made a concerted effort at CHOP to not just enhance our IBD research, but our overall quality of care for patients with IBD,” Dr. Grossman says. “We want to be your partners in care for your patients with inflammatory bowel disease.”