Even though nonverbal or minimally verbal people who have autism spectrum disorder (ASD) make up between 25 and 30 percent of the total autistic population, almost no studies have been done focusing on this group and their particular needs.

To address this gap in knowledge of the true spectrum of autism, researchers at Children’s Hospital of Philadelphia (CHOP)’s Intellectual and Developmental Disabilities Research Center used state-of-the-art brain imaging techniques to determine how this specific group of children who have autism processes auditory stimuli, which could have important diagnostic and prognostic implications across the autism spectrum. The findings were published in the journal Molecular Autism.

Previous brain imaging studies have found that children on the autism spectrum have prolonged or delayed auditory processing responses compared with their neurotypical peers. However, most imaging studies have focused on verbal children with autism. Children with limited or no speech have previously been excluded because they are more likely to have difficulty understanding the demands and requirements of the imaging process and are less likely to tolerate loud noises or other sensory experiences related to imaging techniques such as magnetic resonance imaging (MRI).

In order to bridge this gap in understanding and to help answer questions about nonverbal or minimally verbal children with autism, CHOP scientists utilized a magnetoencephalography (MEG) technology, which allowed them to measure magnetic fields produced by electrical activity in the brain. This technology has previously been used to study brain signatures associated with autism.

With the support and input from parents and providers from the community, the study team developed the MEG Protocol for Low Language/Cognitive Ability (MEG-PLAN) specifically designed for this group of patients and for use with MEG technology. The interdisciplinary research team partners with families to implement the MEG-PLAN.

“By using this plan, we’re able to provide families with materials that help familiarize them with the entire research visit process,” said Emily Kuschner, PhD, a licensed clinical psychologist and scientist at in the Lurie Family Foundations Magnetoencephalography (MEG) Center and the Center for Autism Research at CHOP. “For example, if a child has sensory sensitivities, they might be given scrubs to take home so they can get used to how they feel, or we might provide them with the adhesives used to attach the sensors to the face to desensitize a child to the experience.” 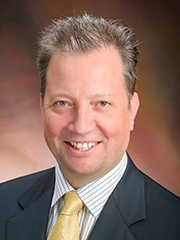 Timothy Roberts, PhD “Since MEG is less invasive and does not expose the child to radiation, it can be less demanding than other imaging methods. We felt like we were in a better position to use this technology to study this population of children,” said Timothy Roberts, PhD, Vice-chair of Research for the Department of Radiology and the Oberkircher Family Endowed Chair in Pediatric Radiology, director of the Lurie Family Foundations MEG Imaging Center at CHOP and first author of the study.

A total of 105 patients were enrolled in the study (16 minimally verbal or nonverbal with autism, 55 verbal with autism, and 34 neurotypical patients to serve as a control). The researchers found that minimally verbal or nonverbal participants had delayed responses to simple auditory tones, and longer times to response were associated with poorer communication skills as measured by a standardized questionnaire completed by parents.

Based on these findings, the authors said this study indicated that longer latency delays were associated with poorer language ability. Additionally, the findings suggest that measuring brain activity in the auditory cortex could serve as important objective markers for how these patients respond to sound.

“Given their association with language activity, we believe these measurements of response time have both prognostic and treatment ramifications,” Kuschner said. “It would be exciting if down the road we could use these MEG markers to understand the course of language development or personalize which treatment approach might be best for a particular child.” 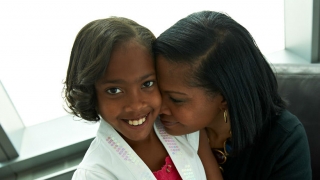 The Department of Radiology at Children's Hospital of Philadelphia provides specialized imaging services for infants, children and pregnant women with a focus on safety.