Published on Nov 13, 2019 in Neonatology Update

NZ was born extremely preterm at 23 2/7 weeks. He weighed 680 grams at delivery. Complicating his clinical picture were the perinatal diagnoses of chorioamnionitis and oligohydramnios raising early concern for pulmonary hypoplasia. NZ required intubation and invasive mechanical ventilation, including high-frequency ventilation, for all of his early life. At his birth hospital, he was treated with 3 courses of systemic steroids, but he was unable to successfully extubate to noninvasive support.

Starting at 3 months of age, chest X-rays were concerning for severe left lobe hyperinflation. With frequent desaturation events, NZ required escalating amounts of sedating medications. A CT was done prior to transfer that was consistent with significant emphysematous changes to NZ’s left lung with concern for a hypoplastic right lung. A bronchoscopy was also done and was concerning for tracheomalacia. As he approached his due date, there was growing concern that NZ would need further specialty evaluation of his lung disease as well as a tracheostomy. NZ’s referring physician suggested his parents consider transfer to a program that cares for infants with severe bronchopulmonary dysplasia (BPD) on a regular basis.

An expert team coordinates a plan of care for severe BPD

NZ’s parents toured several hospitals to determine where their son should be transferred. They traveled more than 150 miles to visit Children’s Hospital of Philadelphia (CHOP) and meet members of the Newborn and Infant Chronic Lung Disease (NeoCLD) Program, which is a specialized program for preterm infants with BPD. During their visit, NZ’s parents were able to meet with members of the medical team and get an anticipated plan of care, hear what resources are available to support families, and tour CHOP’s Harriet and Ronald Lassin Newborn/Infant Intensive Care Unit (N/IICU).

Excited by the fact that they could view their baby 24 hours a day via a bedside camera (even when needing to be back home), NZ’s parents opted to entrust the care of their critically ill infant with severe BPD and cystic lung disease to leading experts in the field: CHOP Neonatologists, Kathleen Gibbs, MD, and David Munson, MD; Pulmonologist Joseph Piccione, DO, MS; and Pediatric Surgeon Pablo Laje, MD.

The role of surgery in BPD

Given the severity of his left upper lobe hyperinflation, a surgical evaluation by Dr. Laje was included in NZ’s multidisciplinary work-up. After reviewing NZ’s CTA and V/Q scan, Dr. Laje confirmed the diagnosis of severe acquired lobar emphysema, which is a dangerous complication that occurs in some patients with BPD. NZ’s case was so severe that a surgical resection of the overdistended lobe was the only possible treatment.

Using an existing thoracotomy incision made previously for the closure of the PDA, Dr. Laje opened the chest and encountered an extremely overdistended left upper lobe that was impossible to collapse due to the high-pressure of the ventilator.

“The left upper lobe was incredibly tense,” recalls Laje. “I had to open several cysts in order to be able to complete the operation.”

As soon as the left upper lobe was removed from the chest, Dr. Laje saw the left lower lobe filling with air for the first time in months. The success of this surgery was highlighted by the fact that 16 days after the lobectomy, NZ was able to quickly wean off mechanical ventilation for the first time in his life. Approximately three months after admission to CHOP, NZ was discharged home with his parents on low flow oxygen.

Surgical assessment of the chronic lung patient can be challenging given the complex and severe nature of the disease. Each patient presents uniquely and is generally affected by a combination of lung parenchymal disease, airway disease, and/or pulmonary vascular disease. Acquired lobar emphysema affects a small, but not trivial number of these patients. The decision to proceed with a surgical resection must be evaluated carefully given that the remaining lung is generally not without disease. A multidisciplinary evaluation with advance imaging and consultation to experts provides guidance in the assessment and management of these complex infants.

The CHOP NeoCLD Program provides an individualized and multidisciplinary evaluation of each infant with severe BPD and may involve consultation by Pulmonology, General Surgery, Otolaryngology, and Cardiology, among others. 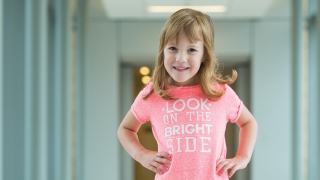 Meeting the Unique Needs of Infants with Severe CLD

The multi-institution BPD Collaborative is dedicated to improving care and outcomes of infants with severe bronchopulmonary dysplasia (BPD).