The U.S. Food & Drug Administration (FDA) announced the approval of PalforziaTM, a first-of-its-kind treatment for peanut allergies, in January. The Allergy Program at Children's Hospital of Philadelphia (CHOP) was one of the research sites for the breakthrough drug.

Palforzia is a type of oral immunotherapy that works by desensitizing children to peanut protein. Patients eat a controlled amount of peanut protein in the medication every day and slowly build up tolerance. 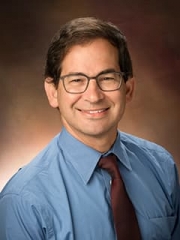 Over time, many children see a reduction in the severity of their allergic reactions, allowing them to live life with more confidence and without the risk of a deadly reaction.

“While it’s not a cure, it will allow patients to live their lives with less fear of having a serious or fatal reaction to accidentally ingesting peanut protein,” says Jonathan Spergel, MD, PhD, Section Chief of CHOP's Food Allergy Center.

Poor sleep habits and sleep disorders are very common in early childhood, especially in children exposed to multiple family and environmental risks like parental depression and poverty, say CHOP researchers in a study recently published in the journal Sleep.

Focusing on otherwise healthy children from 2 to 5 years old, researchers recruited 205 pairs of children and their caregivers from the waiting rooms of 5 suburban primary care clinics in the CHOP Care Network. Caregivers completed a child sleep questionnaire that included questions about a child’s typical sleep patterns over the previous 2 weeks. Among the surveyed patients, poor sleep health habits were widespread—more than 80% engaged in at least one unhealthy sleep habit. The most commonly reported poor sleep health habit was the presence of an electronic device in the child’s bedroom, with nearly two-thirds of surveyed children having one. Nearly half of these patients went to bed after 9 p.m. and more than a third didn’t get enough sleep each night. In addition, more than two-thirds of children experienced symptoms of pediatric insomnia, such as taking more than 30 minutes to fall asleep or resisting going to bed.

Importantly, the likelihood of having greater sleep concerns increased by 9% to 18% for each additional family and environmental risk factor, demonstrating the cumulative effect of these risks. 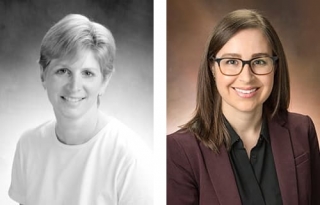 “Early childhood is a critical period for preventing and treating sleep problems given the rapid growth and development that occurs during this time of life and the negative effects of untreated sleep concerns,” says Jodi Mindell, PhD (left), associate director of the Sleep Center at CHOP and study co-author with Ariel A. Williamson, PhD, DBSM (right). “This research underscores the case for screening for sleep problems in early childhood and the increased need to tailor strategies for children and families exposed to risk.”

CHOP researchers examined how often children in different risk categories had their cholesterol and triglycerides checked. Doctors recommend screening for atherosclerosis twice during childhood through a universal lipid panel because the condition typically begins in childhood. For patients with congenital and acquired heart conditions, including cardiomyopathy and coronary artery anomalies, the recommendation is to screen early because those patients are at higher risk for developing atherosclerotic heart disease.

Researchers reviewed commercial and Medicaid insurance claims databases to assess the rates of lipid screening in children with high-risk cardiac diagnoses, as well as those with congenital heart disease and the general population. Analyzing more than 5 million records, they found that lipid screening in children with high-risk conditions predisposing them to early atherosclerosis was about the same as screening in low-risk cardiac patients (28% vs. 26%, respectively) and only slightly higher than the 19% screening rate for the general population. 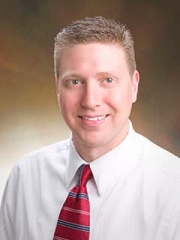 intensivist at CHOP, helped lead the multinational Surviving Sepsis Campaign’s effort to update guidelines on how hospitals can diagnose and treat sepsis in children. The guidelines were published in Pediatric Critical Care Medicine.

About 72,000 children are hospitalized each year in the United States with sepsis and the mortality rate is about 25%.

Burnout is a well-recognized problem that transcends all fields of medicine.

Beyond Hating Your EHR: Tips to Help Boost Efficiency

Building Connection, Community and Resilience Through Writing and Reflection