A few weeks before traveling to Salzburg, Austria, to serve as course director for the cardiology session of the 2012 Open Medical Institute-CHOP seminars, CHOP cardiologist Lee Vogel, MD, received an email from L’ubica Kováčiková, MD, PhD. She asked Dr. Vogel to present at a cardiology conference that would be held in Bratislava, Slovakia, immediately after the Salzburg conference, and Dr. Vogel agreed. 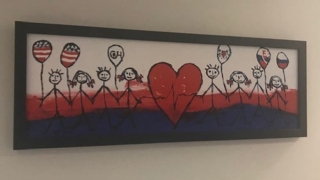 A gift to CHOP from the National Institute of Cardiovascular Diseases in Bratislava While Dr. Vogel was in Bratislava, the Chargé d’Affaires at the U.S. Embassy in Slovakia, Thatcher Scharpf, and his colleague, John O’Brien, approached him to discuss the possibility of setting up regular video conferences between pediatric cardiologists at the National Institute of Cardiovascular Diseases (NICD) in Bratislava and Children’s Hospital of Philadelphia (CHOP).

Dr. Vogel was intrigued by the idea, and when he returned to the United States, he spoke to his colleagues in the Division of Cardiology about how the program would work. He also reached out to John Pelman, an information technology specialist, who agreed to set up the video conferencing hardware and software at CHOP and collaborated with his counterpart in Bratislava to ensure that everything worked seamlessly.

Since the launch of the video conferencing program in 2013, Martin Záhorec, MD, PhD, the primary contact at the hospital in Bratislava, and his colleagues have sent about three cases to CHOP for review each month. Dr. Vogel invites other CHOP faculty and specialists to join the video conference calls — which typically last 90 minutes — to provide additional expertise on certain cases.

“In Bratislava, they know all about the latest research. But due to limited resources, they have less experience implementing that research for the benefit of their patients,” says Dr. Vogel. “That’s where we have been able to help them. CHOP’s role is to ask, ‘How can we help you do even more with what you have?’”

Over the years, other CHOP physicians have spent time in Bratislava, including:

The NICD has also sent physicians to CHOP, including Dr. Záhorec, who spent six weeks as a clinical observer in CHOP’s Cardiac Center. Dr. Vogel and his wife hosted Dr. Záhorec in their home and took him on sightseeing trips to Ocean City, NJ, and New York City. This past year, Zuzana Venczelová, MD, who attended Dr. Vogel’s 2012 lectures in Salzburg, also visited CHOP. She spent six weeks learning in the Cardiac Catheterization Laboratory.

Dr. Vogel attributes the program’s continued success to the IT specialists — “they have been able to set everything up in such a way that the audiovisual quality is always good,” he says — and to other cardiologists, including Jonathan Rome, MD, FACC, Chitra Ravishankar, MD, Matt O’Connor, MD, and Dr. Hanna. CHOP surgeons Holly Hedrick, MD, and Stephanie Fuller, MD, and CHOP neonatologist Natalie Rintoul, MD, have also been involved in the video conferencing program.

Dr. Vogel retired from CHOP in December 2018, and Dr. Ravishankar now handles the NICD-CHOP collaboration. “We have had a committed corps of CHOP physicians who have dedicated their time, and it has been a labor of love for us which will continue for years to come,” Dr. Vogel says. 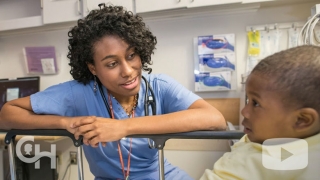 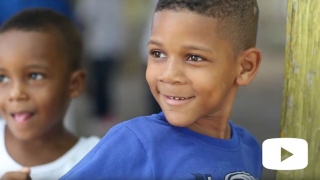