Some of the worst news for an athlete to hear is that the nagging pain in her leg or foot is a bone stress injury. This common overuse injury often strikes young female athletes, and can take them out of the game, studio or gym for months.

Naomi Brown, MD, a pediatric sports medicine physician at Children’s Hospital of Philadelphia (CHOP), regularly sees athletes with bone stress injuries and thinks it’s important that parents understand that these injuries are not only preventable, but also a sign of a larger problem.

“The key factor in bone stress injury risk for girls is bone density,” says Dr. Brown. “Bone density, diet and hormones are all connected. When the balance is out of whack in an athlete, injury is much more likely. People often talk about relative energy deficiency in sport (RED-S), formerly referred to as female athlete triad, which is a combination of three conditions: disordered eating, menstrual disturbances or amenorrhea (lack of period) and low bone mass or osteoporosis. But there is confusion among parents. What counts as disordered eating? What is the range of normal for a menstrual cycle? Why does a teenager need to worry about osteoporosis?”

Dr. Brown breaks down the three elements of RED-S and pinpoints what parents need to be aware of to reduce their daughter’s risk of a bone stress injury. 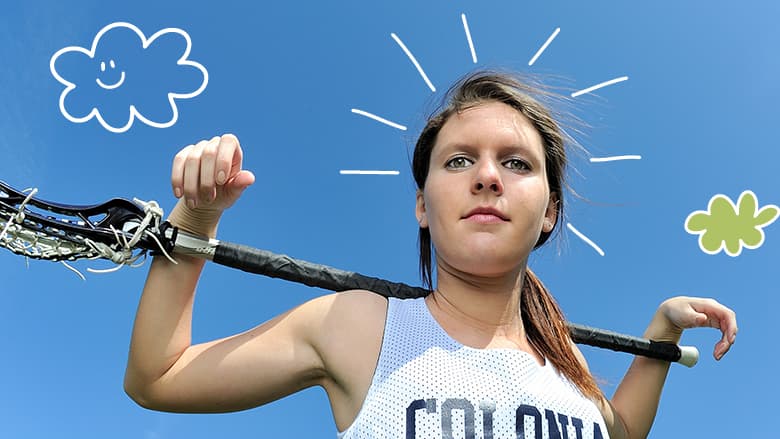 From sports medicine to orthopaedic surgery, our new hospital in King of Prussia will offer every resource a young athlete needs.

It is not OK for elite athletes to have irregular periods.

If a young woman’s periods are irregular — meaning they are sporadic, very far apart or completely absent — it can be a sign that she is not taking in enough calories to support the hormone balance that regulates the menstrual cycle.

“In some sports, once you’ve reached an elite level, lack of a period is almost seen as a rite of passage,” says Dr. Brown. “What it really signals is that there is not enough energy available to support normal reproductive hormonal fluctuations. These hormonal changes are tied to development of bone mass. Without them, bones become weak, and injuries are a risk.”

Dr. Brown’s recommendation: Pay attention to your daughter’s menstrual cycle and make sure her doctor asks about it during physicals. Many young women don’t track their periods and don’t even notice when it’s irregular. But if more than 45 days pass between periods, it could be a sign that she’s at higher risk for an injury.

Many teens think that if they’re not hungry, not depriving themselves and not dieting, then they’re eating enough. But what might look like a healthy diet can actually be missing the mark and putting the athlete at risk.

“Young athletes who train several hours a day may have no idea that they’re not taking in enough nutrients and calories to replace what they’re using,” says Dr. Brown. “In a lot of cases, a bone stress injury occurs before anyone is aware that there is a nutritional deficiency.”

Calorie requirement will vary from athlete to athlete depending how quickly or slowly their body processes the nutrients in their diet. “Inadequate energy availability can come with or without disordered eating,” says Dr. Brown. “Every person has a different formula for energy availability and needs to eat different amounts.” In other words — two people doing the exact same amount of exercise may require different amounts of energy (aka calories) to maintain a healthy amount of body fat.

Dr. Brown’s recommendation: When it comes to a child’s diet, parents tend to only look for the extreme behaviors associated with an eating disorder, but a problem may not always be that obvious. Athletes must have energy available to meet their needs for basic physiologic processes. It can be hard to determine how much energy is needed, but activity trackers can help estimate the amount of calories burned. Athletes should snack every three to four hours and treat snacks like a mini-meal, avoiding empty calories found in junk food. For example, a snack should have a good balance of protein, carbohydrates and fat, like peanut butter and apple slices. Consider speaking to a nutritionist to learn more about nutrition for athletes.

Diet between the ages of 13 and 21 has a life-long impact on bone health.

Skeletal maturity is reached during the teenage years and early 20s. During this time, bones reach their peak density. To build bone mass, teens need to consume enough calories and nutrients to support the hormones tied to its development (the same hormones that regulate the menstrual cycle). Adolescent bone mineral gains are modified by lifestyle, nutrition, environment and physical activity. Bone mineral density declines as the number of missed menstrual cycles accumulate.

“If you don't lay down enough bone mass during the teenage years, you're not going to have enough when you start to lose it during menopause,” says Dr. Brown. “This is where long-term effects of poor nutrition for athletes starts to come into play. Teens don’t think about the effect today’s diet will have down the line — like development of early onset osteoporosis.”

Dr. Brown’s recommendation: Children who have had a bone stress injury or who do not get enough sun exposure should take supplemental vitamin D, which has been shown to improve bone mineral density, and ensure they have a good calcium intake. Ask your child’s doctor about the recommended dosage. Weight-bearing exercise (supervised by an experienced trainer) is also important for strengthening bones and preventing injury.

The bottom line — it can be hard to tell that an athlete who is in great shape could actually be unhealthy. Pay close attention to menstrual cycles and diet, and make sure strength and cross-training is part of the program. It’s the best way to avoid a season-ending injury. 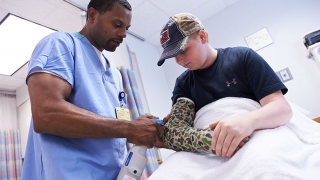 Bone stress fractures are small cracks in a bone caused by repetitive activity such as jumping or running. 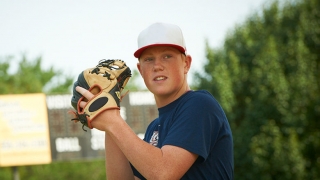 Children's Hospital has a staff sports nutritionist to meet the needs of young athletes. 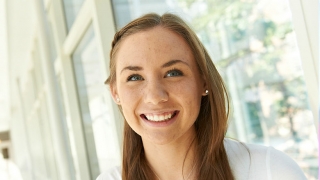 Amenorrhea is a condition in which a woman's menstrual periods are absent for more than three monthly cycles.