Clues to some of gastroenterology’s greatest mysteries may be found in tiny patient-derived organoids and tissue samples stored at Children’s Hospital of Philadelphia (CHOP).

Two years ago, CHOP launched its Gastrointestinal Epithelium Modeling (GEM) Program to accelerate scientific discovery and support bi-directional bench-to-bedside research for gastrointestinal conditions. Researchers hoped to build and maintain a living biobank of patient-derived organoids with matched tissue and blood specimens. Today, the biobank is one of the largest of its kind in the world and holds millions of living cells from hundreds of patients. 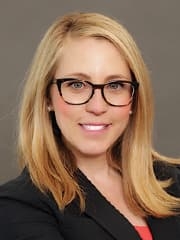 In addition to leading the GEM Program, Drs. Hamilton and Muir each run their own independent laboratories using patient-derived organoids to understand inflammatory bowel disease and eosinophilic esophagitis, respectively. Collectively, they collaborate with a number of clinicians and investigators, both inside and outside of CHOP.

Tissue samples included in the biobank have been donated by families at CHOP during routine diagnostic procedures like colonoscopies and endoscopies. Investigators then isolate stem cells from the tissue samples and coax them into tiny, three-dimensional structures — colloquially called “mini guts” — that mimic some of the key functions of a patient’s gastrointestinal system. All patient samples included in CHOP’s biobank have been de-identified of patient information. 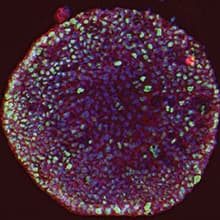 “The more we learn from our research in the lab, the more options clinicians will be able to offer to patients with these GI disorders Dr. Hamilton says. “We’re really just beginning to scratch the surface about how patient-derived organoids may change the face of personalized medicine.”