As high school athletes return to practice and games for a variety of sports, the threat of concussions remains. A new study from researchers at Children’s Hospital of Philadelphia (CHOP) used head impact sensors in four different sports and studied male and female athletes to determine which of these sports put students at the highest risk for head impacts that could lead to concussions. The findings were published online by the Orthopaedic Journal of Sports Medicine. 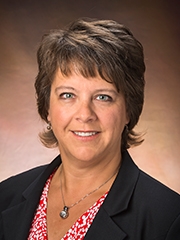 This is the first study to provide head impact analysis for basketball and field hockey and is one of the largest studies of its kind because of its inclusion of multiple sports and both genders. Data was collected from 124 athletes (56 girls, 68 boys) over the course of 104 games and more than 1,600 head impacts across the four sports.

Soccer had the highest head impact rate for both boys and girls across the sports that were analyzed. This was attributed to the role of intentional headers, which accounted for 80% of the head impacts in that sport. High school male sports consistently had higher head impact rates than female sports in soccer, basketball, and lacrosse.

Basketball had a higher head impact rate than lacrosse and field hockey for females and a similar impact rate to lacrosse for males. The similarity in impact rate between male basketball and lacrosse was unexpected considering male lacrosse is classified as a collision sport permitting intentional checking and body contact and requires the use of a helmet.

Impact mechanisms varied by sport, creating sport-specific targets for prevention efforts aimed at reducing head impact exposure. For example, lacrosse had a higher proportion of equipment-to-head impacts than the other sports due to the role of the stick in lacrosse. However, most of the head impacts in basketball were due to player-to-player contact. These findings point to potential sport- and gender-specific rule and equipment strategies to minimize head impact exposure.

“It’s important to recognize that all head impacts are not created equal, so future studies need to explore the magnitude of these impacts,” Arbogast said. “For example, lacrosse and basketball may have similar impact rates, but the severity of impacts in lacrosse may be higher.”

This research was supported by National Institute of Neurologic Disorders and Stroke of the National Institutes of Health (R01NS097549) and the Pennsylvania Department of Health. The CHOP researchers partnered with the Shipley School Athletics Program for this study. 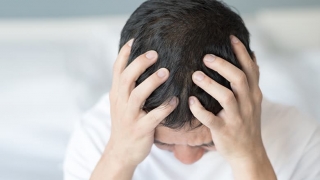 How to Navigate Your Child’s Concussion Recovery

Follow these steps and actively engage your child’s physician and school to guide a full recovery after concussion.

Subtle differences in recovery times were seen in certain subgroups, but unexpected findings could indicate a path forward with more equitable allocation of health resources.

Sign-up to receive quarterly updates on the latest concussion research from CHOP.