Óðinn Orri Sævarsson is one of the lucky ones. Make that lucky times six, with a large dash of exceptional expertise that ensured his best possible outcome. 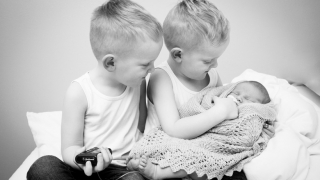 Little Óðinn was born with a potentially life-threatening disease, congenital hyperinsulinism (HI), but he came to Children’s Hospital of Philadelphia (CHOP) from his native Iceland for treatment and is now cured.

“We know we were lucky,” says Sævar Einarsson, Óðinn’s father. “To come here, to have such knowledgeable doctors, to have such a great result … It’s wonderful.”

Óðinn was lucky that his midwife in the small hospital in Keflavík noticed, an hour after birth, that he was grunting and his blood-oxygen levels were below normal. With no specialists on staff, the decision was made to send him to the largest hospital in the country, Landspitali University Hospital, 40 minutes away in Reykjavík.

Óðinn was again lucky because doctors at Landspitali caught his low blood sugars just a few hours after he arrived there. They measured a dangerous 16.2 mg/dL — 70 to 100 mg/dL is normal. With immediate glucose infusions, he never suffered the seizures low blood sugar can cause or the brain damage that can result from them.

“That brought his sugar right up,” Sævar says. “And they thought at first that he’d get over it in three or four days.” 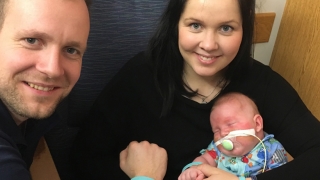 HI is rare — affecting only one in 25,000 to 50,000 babies worldwide. When his low blood sugars didn’t improve as expected after a few days, Óðinn was fortunate that his doctors were open to consulting with other physicians in Sweden for help. When they factored in his high insulin levels and large birth weight (9 pounds, 13.7 ounces), they suspected HI. They ordered a genetics test to confirm the diagnosis and determine the type of HI, information that would guide treatment. The baby was also put on octreotide to keep his glucose levels stable.

Óðinn was lucky once more because Iceland has a connection to CHOP. Hakon Hakonarson, MD, PhD, Director of the Center for Applied Genomics at the Children’s Hospital of Philadelphia Research Institute, is a native of Iceland.

Hakonarson quickly connected Óðinn’s doctors to the team from CHOP’s Congenital Hyperinsulinism Center, which treats more HI patients than any other program in the world. The center shared its protocols for keeping Óðinn safe until he could come to Philadelphia for treatment. Sævar and Óðinn’s mother, Telma, learned how to check his blood sugars and give him octreotide, and brought their baby home to meet his twin 4-year-old brothers, Einar Þór and Eiríkur Óli, until the trip was set.

Because Iceland has universal healthcare, all the arrangements were made by the two hospitals, in collaboration with CHOP’s International Patient Services. “They took care of everything,” Sævar says. The family flew to Philadelphia on Jan. 4, along with Icelandic pediatric endocrinologist Ragnar Bjarnason, MD, PhD, who monitored Óðinn during the five-hour flight.

There are two types of hyperinsulinism: focal and diffuse. In focal disease, dysfunctional beta cells in the pancreas are concentrated in one spot. Surgeons can often remove the lesion, sparing the pancreas and providing a complete cure. In diffuse disease, the problem cells are spread throughout the pancreas, and most or all of the organ may need to be removed. Diffuse disease usually requires lifelong management. Several days after he arrived at CHOP, Óðinn’s genetic test results came back. Diva De León-Crutchlow, MD, MSCE, Director of the HI Center, and Katherine Lord, MD, inpatient Attending Endocrinologist, were able to deliver good news: Óðinn had focal disease. But where within Óðinn’s pancreas was that spot?

CHOP is one of only a handful of centers in the world with the ability to perform an imaging test that can precisely locate areas of focal disease in the pancreas. An 18F-DOPA PET scan, performed Jan. 11 under a Food and Drug Administration-approved research protocol, showed the best possible news: Óðinn’s focal lesion was in the tail of his pancreas, which meant the surgery to remove it would be relatively straightforward. Another lucky break. 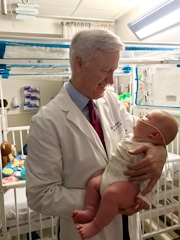 Surgeon-in-Chief N. Scott Adzick, MD, who has performed more than 450 pancreatectomies, removed the diseased section in 50 minutes. “They told us it could take as long as four or five hours, so when they came out so soon, we originally thought something was wrong. But everything went very well,” Sævar says.

Other than some glucose to help with healing in the first days post-surgery, Óðinn was taken off all medication. He passed his 24-hour fasting glucose test on Jan. 29, and was pronounced cured.

Telma had praise for all the care providers the family met during their stay at Children’s Hospital. “The information flow was excellent,” she says. “They answered our questions even before we could ask them. We were really happy with the whole process.”

“We’re very happy there is a place like this that knows so much about hyperinsulinism,” Sævar says. “It’s so rare in Iceland that most doctors had never heard of it. But here, everyone knows what to do.”

There is just one other known case of HI in Iceland. Twenty years ago, that patient also came to CHOP for treatment with Hakonarson’s help — and Dr. Adzick performed her surgery, too. 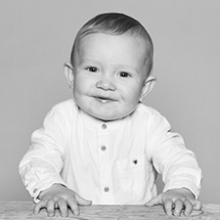 Now one year old, Óðinn is living a normal life. He even takes his naps outside in his baby carriage like all other babies do in Iceland! He's followed by the endocrinologist who originally diagnosed his HI but is developing normally and is an active, happy boy. He does not require any medication or regular blood glucose measurements. And best of all, he's able to be home with his two older brothers, who love to play with him.