Laney has been living with both Turner syndrome and Crohn’s disease since she was a toddler. Thanks to treatment by two specialty teams at Children’s Hospital of Philadelphia, she is a thriving 11-year-old who loves to read, write, run and ride horses. 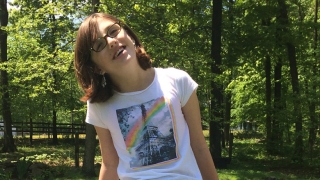 Shortly after birth, Laney was diagnosed with Turner syndrome, a chromosomal disorder in girls associated with stunted growth, short fingers and toes, among other health problems.

Laney’s mother, Jessica, took her to Children’s Hospital of Philadelphia (CHOP) for an expert opinion on her ongoing care. There, the family was connected with the Turner Syndrome Program, where a multidisciplinary team provides comprehensive medical care tailored to meet the needs of girls with Turner syndrome.

As Laney grew, Denise Gruccio, DNP, CRNP, PNP-BC, a nurse practitioner, worked closely with the family to monitor Laney’s treatments. Once they settled into a routine, Laney’s family thought they had a handle on things. That was until a new problem emerged when she started eating solid food.

Symptoms of a new problem

As a toddler, Laney would complain that her belly hurt. She had regular fevers, she often had diarrhea and she started losing weight. Laney’s pediatrician tested for allergies, but couldn’t find a cause for her stomach problems.

Laney’s family connected with Petar Mamula, MD, a pediatric gastroenterologist in the Division of Gastroenterology, Hepatology and Nutrition (GI) at CHOP and Director of the Kohl's GI Nutrition and Diagnostic Center. Dr. Mamula did additional tests to refine the diagnosis. A blood test showed signs of inflammation and a colonoscopy confirmed a diagnosis of Crohn’s disease, a form of inflammatory bowel disease (IBD). She also tested as lactose intolerant.

Jessica was familiar with Crohn’s disease — her father has it — but she didn’t realize it could affect children as young as Laney. Dr. Mamula explained that while the condition has no cure yet, symptoms could be controlled for most patients with medication and diet.

Soon after receiving the diagnosis of Crohn’s disease, Laney became very sick and was hospitalized at CHOP. In addition to her intestinal problems, Laney had come down with pneumonia. She stayed for a month, until her lungs were clear.

During Laney’s stay at the Hospital, Dr. Mamula changed her medications. He weaned her off the steroids and switched her to a biologic drug. Dietitians also recommended a plan for the family to make meals from scratch and stick with fresh, natural foods with no additives or preservatives. They also advised the family to avoid packaged foods. That worked well for her, and she has been thriving ever since.

Laney missed a few months of preschool with her medical issues, but at 3 ½, she was able to return. She was also prescribed to take growth hormones to treat her Turner syndrome. The combined treatment with the biologic drug for Crohn’s disease and growth hormones for Turner syndrome put her back on the normal growth chart. The family continues to eat carefully and doesn’t eat out a lot.

“We grow her with food and love.”

Now 11, Laney loves to read, especially about history, and write stories, in which her cat plays a leading role. She rides horses, participates in drama club at school and is part of the “Girls on the Run” program after school in the spring and fall.

Laney comes back to CHOP every four months for scheduled GI and endocrinology appointments for her two conditions.

And even though she’s young, Laney plays an active role in her health. She knows what types of foods are good for her and what will make her sick, and she always makes good choices when selecting meals in the school cafeteria.

For now, the family is content knowing they are under the care of two specialty teams who are experienced in caring for kids with both Crohn’s and Turner syndrome. They are confident that Laney is in the right hands as she grows up.

“Dr. Mamula is wonderful. He tells you everything you need to know. And he loves all those kids. It’s all in seeing the right doctor. And Mamula — he’s right up there,” says Jessica. 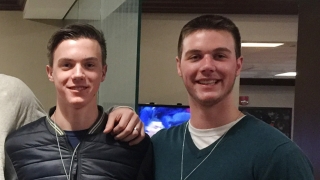 Thanks to a nutrition study at CHOP, brothers Gaving and Hudson have their Crohn’s disease under control. 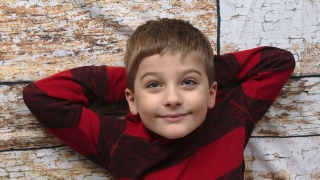 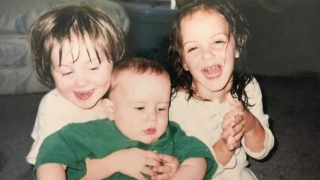