The scars on Erin’s body tell a remarkable story. Some of them are old, like the 6-inch line on her chest from open heart surgery. Some are small, like the marks on her arms from the many IVs she’s had over the years. And some are new, like the small bump that marks the spot where doctors placed an implantable cardioverter-defibrillator (ICD) in her chest. 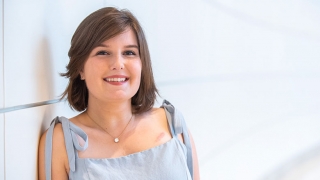 Many of the scars bring back powerful memories for Erin, 22 — and each one makes her proud. “I wouldn’t trade my scars for anything,” she says. “They represent everything I had to conquer to be where I am now.”

Cardiac surgery for tetralogy of Fallot

Erin earned her first scar shortly after she was born, when J. William Gaynor, MD, performed cardiac surgery at Children’s Hospital of Philadelphia (CHOP) to repair a heart defect called tetralogy of Fallot (TOF). Seven months later, she had another heart surgery at CHOP.

For the next 20 years, all was well. Erin came to CHOP regularly for tests and follow-up with the cardiology team, including Marie Gleason, MD, an attending cardiologist with the Cardiac Center.

Erin had many hobbies, including ballet, playing the piano and — her favorite — riding horses. She spent vacations on the Outer Banks of North Carolina, where she and her siblings went door to door selling seashells they had painted to raise money for CHOP. After graduating from high school, she attended George Washington University, where she majored in marketing and minored in health sciences.

But one day in 2016, something strange happened. Erin was in the barn, getting ready to ride her horse, when her heart started racing. She called her mother and 911.

In the ambulance on the way to a nearby hospital, the emergency medical technicians gave Erin medicine to try to get her heart rate down, and the seriousness of the situation began to sink in. “They told me, ‘You broke a record for the highest heart rate we have seen,’” Erin says.

At the hospital, doctors determined Erin was suffering from ventricular tachycardia, an arrhythmia that causes the heart to beat much faster than normal because of improper electrical activity in the ventricles of the heart.

Erin was stabilized and transferred via ambulance to Children's Hospital of Philadelphia, where she spent the next seven days. Her medical team, led by Maully J. Shah, MBBS, a pediatric cardiologist and Medical Director of the Electrophysiology and Heart Rhythm Program, monitored her closely and discussed next steps with Erin and her family.

After Erin was discharged, she wore a special "life vest," an external defibrillator that detects abnormal heart rhythms and corrects them using an electrical pulse, or shock.

Two months later, she returned to CHOP for an electrophysiology study and radio frequency ablation with Dr. Shah. In this procedure, doctors inserted a small tube called a catheter into the heart through a vein in Erin’s groin. Clinicians then delivered pulses of energy through the catheter to destroy the heart tissue that was causing the arrhythmia.

Six weeks later, Erin had an implantable cardioverter-defibrillator (ICD), which detects and corrects abnormal heart rhythms, placed in her chest. With the ICD in place, she was able to continue all the activities she loved so much, and even spent time in Paris as part of a college study abroad program.

Erin is grateful to her medical team, especially Dr. Shah, for helping her live life to the fullest.

“They made a plan so I could do everything I wanted to do. Everyone worked so hard to get me back to where I wanted to be.”

Today, Erin lives in Philadelphia and works as a clinical research assistant in the Division of Oncology at CHOP. She sees Dr. Shah and Yuli Y. Kim, MD, Medical Director of the Philadelphia Adult Congenital Heart Center, for follow-up care, and has regular testing to monitor her heart. In March 2019, she’ll serve as an Ambassador for the 2019 Philly Spin-In, which raises money for the Cardiac Center at CHOP.

Erin is thrilled to be able to show her support for the place that has been such a big part of her life. 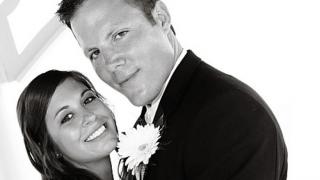 Brittany shares her experience living with TOF and how she found hope at the Philadelphia Adult Congenital Heart Center.