When an ultrasound revealed a spot on her unborn child’s lung, Kathleen’s two guiding principles kicked in: Find the best person for the job, and follow your instincts.

It’s what saved her son’s life. 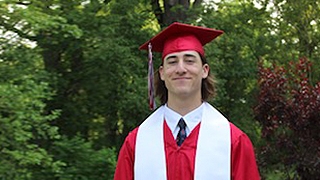 Adison at his high school graduation Kathleen was 23 weeks pregnant and living in Boca Raton, FL, in 2000 when a maternal blood test showed elevated alpha-fetoprotein (AFP) levels. High AFP levels in the blood can indicate problems, such as spina bifida or anencephaly. When the follow-up ultrasound showed a mass on the fetus’s lung, doctors told Kathleen that her baby would die in utero. They recommended she terminate the pregnancy since there was nothing they could do to save her child.

Kathleen wasn’t going to give up that easily.

Kathleen went home and started researching. She found herself on the Children’s Hospital of Philadelphia (CHOP) website, reading about N. Scott Adzick, MD, MMM, FACS, FAAP, Founder and Director of CHOP’s Center for Fetal Diagnosis and Treatment and a pioneer in fetal surgery. Kathleen thought if anybody could help, it was him.

It was 11 p.m. on a Saturday night, but she dialed the hospital anyway, figuring she would leave a message. Instead, Dr. Adzick picked up the phone — he happened to be on call that evening. He asked her to come in for tests, and Kathleen was on a flight to Philadelphia the next day.

Kathleen underwent an extensive series of diagnostic tests at CHOP, including a powerful 3D ultrasound and an MRI. The results confirmed a diagnosis of congenital cystic adenomatoid malformation (CCAM), a benign mass of abnormal lung tissue.

Using a special measurement called a CCAM volume ratio (CVR), the team measured the precise size of the mass relative to the developing fetus. The CVR helps to determine the best course of treatment for a baby with CCAM. A higher CVR means a higher risk of massive fluid build-up and fetal heart failure (fetal hydrops), which can be fatal for the baby and cause toxemia of pregnancy for the mother. In these cases, fetal intervention may be necessary. The tests showed no evidence of hydrops, so Kathleen was able to return home to Florida.

Weekly ultrasounds at a high-risk pregnancy center allowed the fetal team back at CHOP to monitor the tumor’s growth. If the tumor didn’t grow too large, Kathleen would be able to give birth in Florida, then travel back to CHOP one month after delivery where Dr. Adzick would surgically remove the mass from her baby’s lung.

Labor, delivery and surgery to remove a fetal lung mass 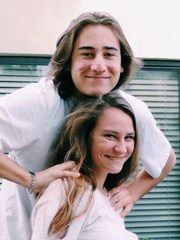 Adison and his sister But back in Florida, the tumor grew larger, nearly to the point where hydrops became a threat. Kathleen braced herself to return to CHOP, but then the tumor began to shrink. Still, Kathleen had already decided that she would travel back to Philadelphia when it was time to deliver her baby. She wasn’t taking any chances.

“I remember my dad saying to me, ‘You only get one shot at this, so whatever your gut says, let’s do it,’” recalls Kathleen.

Kathleen flew back north when she was 29 weeks pregnant. She stayed close by at the Ronald McDonald House in Camden, NJ, where she could easily travel to CHOP for frequent monitoring until she was far enough along that her baby’s lungs were fully developed. At 34 weeks, she underwent a cesarean section and her son Adison was born.

At the time, Kathleen delivered next door to CHOP at the Hospital of the University of Pennsylvania. Today, babies like Adison are delivered in the Garbose Family Special Delivery Unit, which was opened within Children’s Hospital in 2008. It was cases like Adison’s that led to this idea of creating a specialized delivery unit within a children’s hospital, where babies would have immediate access to lifesaving care.

That decision to deliver Adison in Philadelphia turned out to be a lifesaver. When Adison took his first breath, the cysts inside the tumor ruptured, impairing his breathing.

Dr. Adzick and Mark P. Johnson, MD, attending physician and then Director of Obstetrical Services, anticipated this complication and had a team waiting. A chest tube was inserted and Adison was hooked to a ventilator. Shortly thereafter, Dr. Adzick performed the resection, removing the lower lobe of Adison’s right lung. One week after he was born, Adison was well enough to go home to Florida with his family. 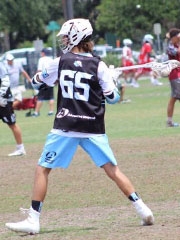 Adison playing lacrosse, evidence of his lung mass far behind him When Kathleen first learned that part of her baby’s lung would be removed, she worried that her son would never be able to enjoy sports the way she and his father always had. The team at CHOP reassured her that lungs continue to grow for roughly eight years after birth — which is one reason why early surgery is recommended. By the time Adison was 8 years old, the upper and middle lobes of his lung had grown to fill in the space where the lower lobe had been.

He certainly didn't let it hold him back: Now 19 years old and 6 feet 2 inches and a freshman in college, Adison graduated high school as one of the top high school lacrosse players in the state of Illinois. He remembers feeling at a slight disadvantage as a boy because of his somewhat limited lung capacity, but he never let it stop him.

“When I was younger my stamina was definitely lower than the other kids’, but later on, when the lung grew in, I was just a normal 8-year-old. I used to play baseball and everything,” says Adison.

And if anyone ever questioned him about becoming short-winded when he was little, he had a good excuse.

“I would show off the scar when I was little,” he says, laughing. “It’s always a good story to tell.” 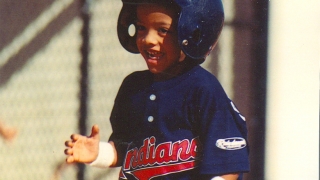 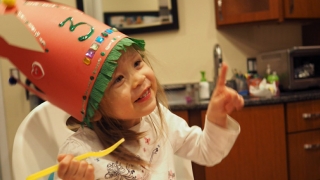 Before Mariella was born, doctors found a life-threatening cyst. Her family turned to CHOP for lifesaving prenatal care.