“Bubba” was born 6 weeks prematurely with a host of medical problems affecting his lungs, bones, heart and eyes. Doctors near his home in Virginia struggled to diagnose the full extent of his health issues and find some way to help him. His family found support and life-saving treatment at Children’s Hospital of Philadelphia (CHOP). Now 2½, Bubba is bravely facing each new challenge. 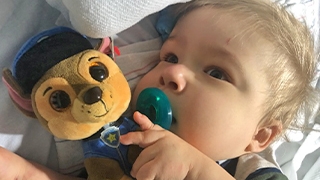 Terasa and Willie learned their fourth child would have a disability before Bubba was even born. Doctors suspected the baby would have a bone disorder; when he was born, they discovered it was so much more.

Bubba’s arms and legs were abnormally short (a sign of dwarfism), and his rib cage was extremely narrow – affecting his breathing. As Bubba grew, doctors discovered other problems: a weak heart, blindness and myriad of other issues.

“When Bubba was 3 months old, we finally learned his official diagnosis: Jeune syndrome,” says Terasa. Jeune syndrome is a rare congenital disorder with musculoskeletal problems including a narrow chest, short ribs, short stature and shortened bones in the arms and legs.

From the very beginning, Bubba struggled to breathe. Because of his chest wall deformities, his lungs couldn’t fully develop or expand – leaving him vulnerable. And sometimes, when he couldn’t breathe, his heart would stop.

“There were just so many things going wrong at once,” Terasa says. “We were overwhelmed.”

Doctors in Virginia did all they could to keep Bubba alive until he could go to a facility that offered the only FDA-approved treatment for TIS: the vertical expandable prosthetic titanium rib (VEPTR).

While few facilities offer the delicate surgery, only one has two decades of experience providing VEPTR surgery to children with TIS, and where the surgeons were trained by the physician/inventor of the VEPTR: Children’s Hospital of Philadelphia.

In December 2018, 5-month-old Bubba was transferred from a hospital in Virginia to the Wyss/Campbell Center for Thoracic Insufficiency Syndrome at CHOP. Therasa and Bubba met with Orthopaedic Surgeon Jason B. Anari, MD. After an examination and testing, Dr. Anari agreed VEPTR surgery would offer Bubba the best chance for a fuller life.

Terasa and Bubba spent the holidays at CHOP. In January, Bubba underwent the first of two VEPTR surgeries to expand his rib cage, allowing his lungs to more fully expand and grow with him. Surgery on his right side was a success, and after two months, he was well enough to go home.

In April, Bubba returned to CHOP for his second VEPTR – this time implanted on his left side to give his left lung room to develop.

The positive change in Bubba’s condition was dramatic after the first surgery, and even better after the second, Teresa says.

“Before the first VEPTR surgery, we had to perform CPR on Bubba every few days. When he couldn’t breathe, his heart would stop and me or his dad would have to perform CPR to bring him back,” Terasa says.

“But after Bubba had the VEPTR surgeries, his life – and ours – have changed so much,” she adds. “He hasn’t needed CPR since.”

For the past two years, Bubba has returned to CHOP every six months to have the VEPTRs expanded to keep pace with his body’s growth. Most “lengthening” procedures are performed as outpatient surgery at CHOP. Bubba and his mom spend a night in Philadelphia – just to ensure there are no complications – then return home to Virginia. 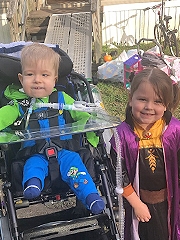 Bubba is now 2½ years old. Though he still has a number of challenges – he needs a ventilator to breathe, is tube-fed and has trouble communicating – there are bright spots in his recovery.

Recently, Bubba has learned to say a few words – “Da-da” and “hey” – clap and rollover on his own. He’s getting physical therapy to help him learn to sit unassisted, and to stand with help. He loves laying on his back and trying to chew on his toes.

“He enjoys spending time with his three sisters and he loves listening to Michael Jackson,” Terasa says. “He could be in a bad mood or frustrated but when he hears Michael Jackson, he just stops and smiles.”

Moving forward one day at a time

Bubba will continue to have his VEPTRs expanded every six months or so until they’ve been fully expanded when he is 3½ to 4 years old. At that point, he’ll undergo a more complex operation to remove the small VEPTRs that have helped him thus far, and implant larger ones that can be expanded to keep pace with Bubba’s growth for the following few years.

While Bubba’s future remains uncertain, his family has reason to hope thanks to CHOP. “I’d love to see him off the vent, to talk and walk one day, to find something he enjoys doing with his life,” Terasa says.

“But none of this – even where we are today – would be possible without Dr. Anari, Susanne [Manzoni, BSN, RN], and the rest of the CHOP team. We are so thankful to them and the staff at the Ronald McDonald House, where we stayed during Bubba’s first two operations,” Terasa says. “Everyone has been so supportive of Bubba, me and our whole family throughout this experience.” 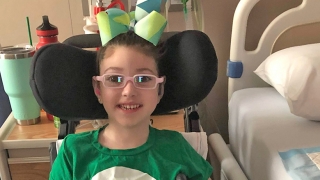 A multidisciplinary team at CHOP helped Sophia receive the care she needed to breathe easier. 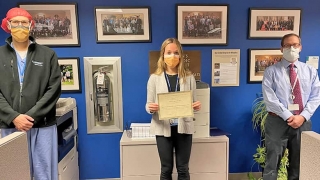 Two papers from the Wyss/Campbell Center for Thoracic Insufficiency Syndrome were recognized with awards by the International Congress of Early Onset Scoliosis and the Scoliosis Research Society. 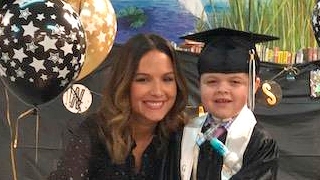 A specialized team at CHOP helped Madden survive and thrive longer than anyone thought possible.