When Keegan Bruce was first born, Canadian doctors told his parents not to get too attached to him. “He was too sickly. He wasn’t going to make it,” Gordon Bruce says he and Keegan’s mom, Tammy, were told.

“Even if he did live, they said he wouldn’t walk, that he’d have a lot of developmental problems and that he’d be on oxygen for the rest of his life,” he added.

But Gordon and Tammy Bruce believed their son — who'd they'd given a name that means small and fiery in Scottish — would have a future. 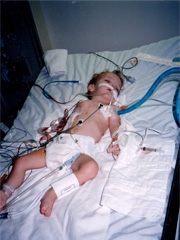 At 20 months old, Keegan underwent his first VEPTR surgery. They found an orthopaedic surgeon in Canada, where they live, to study Keegan’s case.

“At the time, no one even knew exactly what Keegan had; they just knew he was very deformed at birth,” Gordon says. “He was missing five ribs on his right side, his lung capacity was severely diminished and his spine was curved.”

The Canadian orthopaedist presented Keegan’s unique case at a medical conference in Toronto and learned about Robert M. Campbell Jr., MD, an up-and-coming orthopaedic surgeon who might offer hope for Keegan.

As the Bruces were considering whether to take their son to the United States for an evaluation, they found an article in Family Circle magazine about Dr. Campbell and Melvin Smith, MD, and the surgeries they had developed using a device Dr. Campbell invented called the vertical expandable prosthetic titanium rib, or VEPTR. The innovative, adjustable device could be shaped and positioned inside a child’s body to act as the child’s missing ribs, to correct severe spinal curves and stabilize the spine.

The Bruces got on a plane with their 6-month-old son to meet Dr. Campbell and find out if Keegan was a candidate for what-was-then-still-experimental surgery.

During an extensive evaluation, Keegan was diagnosed with three distinct conditions: congenital scoliosis, spondylocostal dysplasia (also known as Jarcho-Levin syndrome) and spina bifida occulta. Each condition came with its own orthopaedic, neurological and pulmonary challenges.

The combination of conditions also led to a fourth diagnosis for young Keegan — thoracic insufficiency syndrome.

Thoracic insufficiency syndrome is the inability of the thorax to support normal breathing or lung growth. The thorax is the part of the body between the neck and abdomen that includes the spine, ribs and sternum (breastbone).

In a normally developing child, the lungs, chest and spine all grow larger in tandem. In a child with thoracic insufficiency syndrome, lung growth stagnates because of limited space in the thorax. These children are unable to reach full lung growth and volume. This rare condition most commonly occurs when a baby is born with progressive scoliosis and severe rib fusion.

In Keegan’s case, thoracic insufficiency syndrome was also caused by Jarcho-Levin syndrome, which creates a short chest in which internal organs are crowded in the chest cavity, limiting lung growth.

Surgery — the first of many

At 20 months old, Keegan was finally cleared for surgery and had his first VEPTR implanted in December 1995. He was the 29th patient in the world with the device.

Keegan’s first VEPTR was a bit of a hybrid model. Instead of attaching from rib to spine, the VEPTR was attached to two places on his spine — essentially straight down the toddler’s back to keep his spinal curves from worsening.

Within the next few years, Keegan had more surgeries. Some were to lengthen the original VEPTR and eventually to add two additional devices. In fact, Keegan is one of the very few patients in the world to have three VEPTRs in place at the same time. Most children with thoracic insufficiency syndrome only need one VEPTR, and occasionally two devices.

For the past 16 years, Keegan has returned to Dr. Campbell to have the VEPTRs expanded or, if they’d reached maximum expansion, replaced.

When Dr. Campbell moved to Philadelphia in 2008 to open the Wyss/Campbell Center for Thoracic Insufficiency Syndrome at The Children’s Hospital of Philadelphia, the Bruces followed him.

“We came to CHOP because of Dr. Campbell.” Gordon Bruce says. “He’s the inventor of the VEPTR and Keegan is really a special case because he has three. Plus, we’ve gotten to know Dr. Campbell over the years. He’s a family friend and we know he truly cares about Keegan.”

All told, Keegan’s had 34 operations in the past 16 years. And finally the end is here.

Keegan has finished growing and the need for expandable devices is complete. On a recent visit to CHOP, Keegan had a spinal fusion performed to permanently stabilize his spine. Six months earlier, he had one of the three VEPTRs removed.

“Hopefully this surgery is the last,” Keegan says. “I’m really looking forward to no more surgeries.”

Keegan has two VEPTRs remaining in his body — one on his left side where he is missing ribs and a second, modified device that runs down his spine to help support his body. 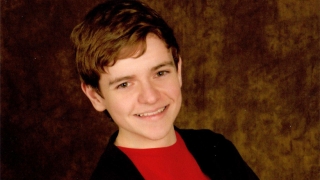 Now 18, Keegan has a bright future. Today, Keegan is like most 18-year-olds. He has graduated from high school, is planning for a summer job and college, and trying to carve out time for fun.

For Keegan, fun is almost anything involving electronics and film. He loves video games — Minecraft and Battlefield 3 are favorites — and he’s a huge Batman fan. That’s something he has in common with his dad.

For the past few years, he and his friends have been filming short movies, documentaries, music videos, infomercials and voice-overs of video games and uploading them to YouTube. They have a sizeable collection (more than 1,000 videos) that are searchable on YouTube using Keegan’s handle of MisterKoog.

“When I was younger I wanted to be an orthopaedic surgeon like Dr. Campbell,” Keegan says. “Now, I want to go to Capilano University in Vancouver for film studies and become a famous director.”

And thanks to Dr. Campbell, the love and support of his family and his own drive, Keegan can pursue his dreams.

"As the parent of a child with severe medical issues you learn very quickly that every day is a gift," Keegan's mom says. "Thanks to Dr. Campbell, the late Dr. Smith, and the talented and dedicated doctors, nurses and support staff who have been involved in Keegan’s care all these years, we have been given the greatest gift of all — seeing our son grow to be a man and knowing he can look forward to a bright future."