As a newborn, Max was diagnosed with transposition of the great arteries (TGA), a life-threatening heart defect. Today, the energetic 7-year-old loves karate, building Legos and playing with his two brothers.

Max’s parents vividly remember the difficult days after their newborn was diagnosed with transposition of the great arteries (TGA), a complex congenital heart defect. They also remember the many people at Children’s Hospital of Philadelphia (CHOP) who helped them through the ordeal.

The nurses who showed them how to bathe their infant. The surgeon who took 40 minutes to explain the procedure she would perform. The parking-garage attendant who noticed Max’s mom was in tears. “He took my hand and said, ‘Everything is going to be OK. Your son is in the best hands,’” she recalls.

For Juliette and her husband, John, the support they experienced was extraordinary.

“Everyone here made us feel like we weren’t alone,” Max’s mom says. “Everyone was focused on the same goal: to see Max come out of here healthy.”

When Max was born at Abington Memorial Hospital, his color was slightly blue. Doctors initially attributed this to the fact that the umbilical cord was wrapped around his neck (a relatively common occurrence). However, once the cord was removed, he didn’t regain color.

“They noticed he wasn’t getting pink enough,” his dad recalls. “His lower extremities were still a little blue.” 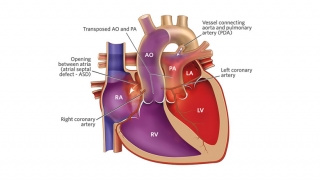 A neonatologist arrived. Juliette and John were able to hold Max for a moment before he was whisked away to the neonatal intensive care unit. The doctor there suspected transposition of the great arteries (TGA), a life-threatening heart defect in which the aorta and the pulmonary artery are attached to the heart in the wrong places.

Five hours later, Max had arrived by ambulance to the Cardiac Center at CHOP. It was the middle of the night. His dad followed by car, arriving a half-hour later.

“By the time I got there, there were well over a dozen people around Max,” he recalls. “I was in disbelief.”

Max’s mom, still recovering from the delivery, had to say goodbye to her son and stay behind.

Diagnosis and the Rashkind procedure

The balloon atrial septostomy procedure has saved thousands of babies around the world since created at CHOP in the 1960s by William Rashkind, MD. A cardiologist threads a catheter through the belly button or a vein in the leg, to the heart, and creates a hole between the upper chambers. The hole allows oxygenated blood from the left side of the heart and deoxygenated blood from the right side to mix, increasing the amount of oxygen in the blood pumped to the body.

For Max, this procedure meant he would be able to survive for several days, before surgery to permanently fix the defect.

Dr. Hanna had completed the Rashkind procedure, and Max’s mom arrived later that morning. Seeing her baby with so many tubes and wires was difficult. So too was the news that Max would have open heart surgery the next day. 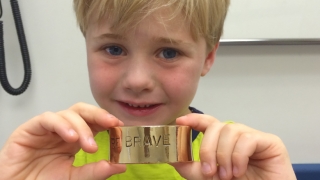 The whirlwind continued. On the day of surgery, they watched as anesthesiologist Susan Nicolson, MD, took Max to the cardiac operating room. A cardiac nurse accompanied Juliette and John to the office of surgeon Stephanie Fuller, MD.

“Dr. Fuller sat with us for a good 40 minutes and explained everything that would happen,” Juliette recalls.

This is standard at CHOP: as the operating room team preps the child for surgery, the surgeon explains the procedure and answers questions.

The surgery to treat Max's TGA lasted approximately eight hours. Dr. Fuller corrected the placement of the aorta and pulmonary artery and closed the hole created during the atrial septostomy.

Max recovered from open heart surgery relatively quickly. He was in the Hospital for 10 more days, with his parents often spending the night in family sleep-rooms.

Parents can feel helpless when their child is in intensive care after surgery. With the nurses’ help, Juliette did everything she could to participate.

“They knew how important it was for me to do the mom things,” she recalls. “I couldn’t hold him or nurse him. But they showed me how to give him baths and take his temperature.”

Juliette met with one of the Hospital’s lactation specialists. She pumped milk for Max to drink from a bottle, and was soon breastfeeding.

The specialized pediatric cardiac nurses and the lactation consultants, in addition to the cardiologists, surgeons, social workers, therapists and many others at CHOP, are recognized for setting the national standard for excellence in the specialized care of infants, children and adults with congenital heart disease.

At 12 days of age, Max went home. For the next two years, Max returned to CHOP twice a year for follow-up evaluations. Since then, the visits have been just once a year. He sees Chitra Ravishankar, MD, attending cardiologist at CHOP’s Cardiac Center. On most visits, Dr. Fuller stops by to see how Max is doing and to review the test and scan results. Since the surgery, Dr. Fuller has become a close friend of the family.

Max has always understood that his heart is special, and that the surgery at CHOP saved his life, and he has found a way to show his appreciation. Every year, around the anniversary of his surgery (which is just two days after his birthday), he comes to CHOP with a bundle of 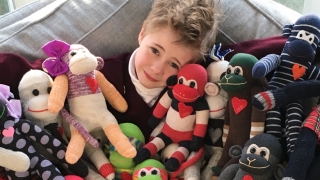 monkeys as gifts for other children in the Cardiac Center. It’s a way of giving hope and joy to kids who have conditions similar to his own.

“He’s a loving boy,” says Juliette. “He’s very aware of the blessings he has received and he wants to give back.”

Today, he is an energetic 7-year old who loves karate (he’s a green belt), building with Legos and making his family and friends laugh. He does well in school, with a special interest in math. He is close to his older and younger brothers and the three get along nicely.

The entire family feels a sense of gratitude to CHOP. “We continue to feel as connected to CHOP as we did at the very beginning,” says Juliette. “When you have a child with a heart condition, you have to think about how their needs will change over the years. CHOP supports the child and the family on so many levels — monitoring Max’s development, as well as educating him as he grows up about his condition and keeping us as his parents apprised of new data and research. They help us think five and ten years ahead. We take great comfort in knowing that when Max turns 18, he will continue to receive care from the Philadelphia Adult Congenital Heart Center — a partnership between CHOP and the Hospital of the University of Pennsylvania. We know that Max is not just a case — he is a valued part of the CHOP community.  We know we are in good hands.” 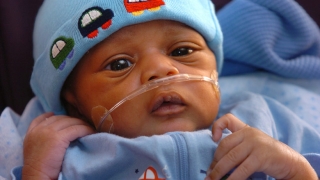 The Importance of Screening

Routine pulse oximetry screening detected a problem with Brandon's heart. He was transferred to CHOP for treatment. 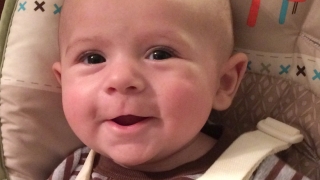 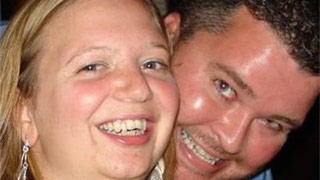