After being told there was nothing that could be done to help their daughter, Isla, Molly and Justin found hope at Children’s Hospital of Philadelphia’s Wyss/Campbell Center for Thoracic Insufficiency Syndrome. They travel across the country for care at the center because they know there is an experienced and compassionate team looking out for Isla. 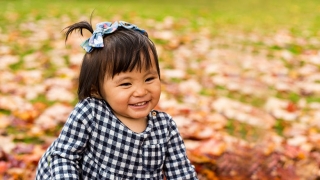 When Molly and Justin adopted Isla, they were told she had a spinal deformity, but they weren’t told much else about the condition. Isla was 15 months old when the couple traveled to China to meet her. They had made the same trip four years earlier when they adopted their son, Zeke. Isla’s deformity was immediately visible upon meeting her. Her head tilted to the right so far that it touched her shoulder, and she leaned forward due to the curve in her spine.

When they returned to their home is Seattle, the family took Isla to an orthopaedist at their local children’s hospital, where they learned the true severity of their daughter’s condition. Isla’s ribs were fused together and were causing a spinal deformity so severe that it was causing thoracic insufficiency syndrome (TIS). As she grew, her rib cage and spine wouldn’t be able to keep pace and would compress her lungs, making it impossible for her to breathe. Due to the complexity of the condition, the physician told Molly and Justin there was nothing they could do for Isla. The doctor doubted she would live past age 3.

“The doctor said ‘I’ve talked with all my colleagues around the world and no doctor will touch her. If they did, it would be heroic,’” recalls Molly.

Molly and Justin were devastated. In researching spinal deformities like Isla’s, Molly noticed advertisements for Children’s Hospital of Philadelphia (CHOP). Desperate for a solution for her daughter, she reached out to CHOP and was connected to the hospital’s Wyss/Campbell Center for Thoracic Insufficiency Syndrome (CTIS). After explaining what she knew about Isla’s condition and their experience at their local hospital over the phone to the coordinator, Molly asked if this was something that the center could treat. The answer, to Molly’s surprise, was: We see kids like this all the time.

“The coordinator said, ‘I can’t promise you anything, but the doctors here often take complicated cases like this for kids who have previously been told nothing can be done,’” recalls Molly.

The family traveled to CHOP, where Isla underwent a CT scan and MRI and met with pulmonologists, general surgeons and orthopaedists from the CTIS. The team concurred with the physicians from the family’s local hospital that Isla’s condition is complex. She has Jarcho-Levin syndrome, a rare genetic disorder that causes fused ribs and a smaller chest cavity, which can result in severe and life-threatening breathing difficulties. She also has fused vertebrae from her head through her thoracic spine, which causes torticollis, a rare condition in which the neck muscles are shortened causing the neck to twist to one side. But, unlike the team back home, the CHOP team had a solution.

The family’s final appointment at CHOP was with the late Robert Campbell, MD, a pioneer in the treatment of TIS and inventor of the vertical expandable prosthetic titanium rib (VEPTR). CHOP is one of only a few institutions in the world to offer this revolutionary treatment for TIS.

“[Dr. Campbell] said, ‘To not do anything is not an option,’” says Molly. “As a mother, that meant everything … those words were life-giving. We felt filled with hope.”

The plan was to attach a VEPTR device on each side of Isla’s ribs to create space for her chest and lungs to grow. The first VEPTR was implanted on her right side in May 2018 by Dr. Campbell. It was one of the last VEPTR implants he performed, as he sadly passed away in July of 2018. The type of deformity Isla has is so rare that it was only the 12th time Dr. Campbell had performed the specific type of procedure she required. A few months later, Jason B. Anari, MD, a pediatric orthopaedic surgeon who had assisted Dr. Campbell in the first procedure, placed a second device on Isla’s left side. 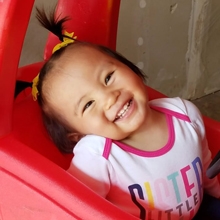 Isla recovered well from both surgeries. She is now 2 years old and thriving. She’s a determined, happy and active little girl who loves to climb and chase her older brother around.

“A lot of people say, ‘You travel across the country for care?’ and I say, ‘Absolutely.’ For a good medical team for your child, you would go anywhere,” says Molly. “We give her the best we can with her medical needs so she can be who she wants to be. We just want her to experience life. All of the things people don’t think about in a day, we are just so thankful for. Dr. Campbell and Dr. Anari are our heroes.”

“We know that what our little girl faces is very severe, complex and difficult,” adds Justin, “but we have hope because there is a team fighting for her life.”