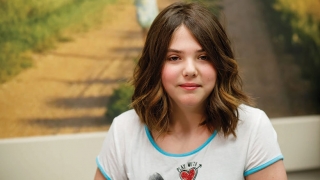 Eighty-five percent of children with ALL are cured after a 2-year process of standard chemotherapy, but 15% have a type of disease that is resistant to even the most intense chemotherapy regimens.

“We were told that it’s time to take your daughter home on hospice because there are no other options left for treatment,” says Emily’s father, Tom.

“We needed to try something new, different, and cutting-edge,” says her mother, Kari. After Emily’s first relapse, they had gone to the Cancer Center at Children’s Hospital of Philadelphia for a second opinion. They turned to CHOP again.

At CHOP, Kari and Tom were introduced to the idea of enrolling their daughter in a clinical trial. Emily qualified for an experimental T-cell therapy for advanced B-cell leukemias and lymphomas.

In cancers like ALL, the cancerous B cells fly under the radar of the normal T cells that are meant to kill them. In the experimental treatment Emily qualified for, her T cells would be collected, then reprogrammed in a lab to recognize and attach to a protein found only on the surface of B cells. After this reprogramming, the cells — now called chimeric antigen receptor T cells — are put back into the patient. They disperse throughout the body to find and kill cancerous B cells.

At the time Emily’s family was considering the trial, several adult patients had already been enrolled in the study at the Hospital of the University of Pennsylvania and had responded well. The family discussed the option with Stephan Grupp, MD, PhD, the oncologist leading the study at CHOP, and decided to enroll Emily as the first pediatric patient in the trial.

After the infusion, she became critically ill and was admitted to the pediatric intensive care unit at CHOP. Grupp and a team of scientists quickly determined that the level of a certain protein had become very elevated as a result of the T cells growing in her body. This same protein is involved in rheumatoid arthritis, and there is a drug for that disease that turns off production of that particular protein. The team administered the drug to Emily, with dramatic results: Her condition improved faster than anyone could have hoped for. This approach (IL-6 blockade) to the post-infusion illness, called cytokine release syndrome, is now used worldwide for children and adults treated with CAR T cells and other immunotherapies.

CHOP has since treated more than 170 patients in clinical trials that have seen a 93% remission rate. “We’re probably the most experienced cell therapy center in the world,” says Grupp. “We’ve learned a lot about how to do this safely, how to do it at scale, and when the appropriate time to do it is.”

To get more information about the Cancer Immunotherapy Program, to learn about the critical time period when immunotherapy treatment can be administered, or to find out if a specific patient might be a candidate for a clinical trial, call 267-426-0762 or email oncointake@email.chop.edu.