Scientists have identified four new genes associated with the severe food allergy eosinophilic esophagitis (EoE). Because the genes appear to have roles in other allergic diseases and in inflammation, the findings may point toward potential new treatments for EoE. 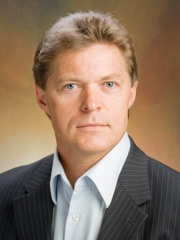 “This research adds to the evidence that genetic factors play key roles in EoE, and broadens our knowledge of biological networks that may offer attractive targets for therapy,” said study leader Hakon Hakonarson, MD, PhD, director of the Center for Applied Genomics at The Children’s Hospital of Philadelphia (CHOP).

Only recently recognized as a distinct condition, EoE has been rapidly increasing in prevalence over the past 20 years. Its hallmark is inflammation and painful swelling in the esophagus, along with high levels of immune cells called eosinophils. It can affect people of any age, but is more common among young men who have a history of other allergic diseases such as asthma and eczema.

EoE is often first discovered in children with feeding difficulties and failure to thrive. Because children with EoE are often allergic to many foods, they may be placed on a highly restricted diet containing no large food proteins, to allow time for their symptoms to resolve. Physicians then perform tests to determine which foods a child can or cannot eat.

About the authors' findings

In the current research, the investigators performed a genome-wide association study (GWAS), first in a discovery cohort of 603 EoE patients compared to 3,637 control subjects, then in a replication cohort of 333 patients versus 675 controls. All the subjects were of European ancestry.

The study team identified four novel loci significantly associated with EoE. Two of them, STAT6 and c11orf30, previously were found in association with both allergies and autoimmune diseases. Two other gene loci, ANKRD27 and CAPN14, were specific to EoE. 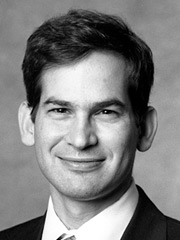 CAPN14 may be of particular interest, said co-author Jonathan Spergel, MD, PhD, a pediatric allergist-immunologist at CHOP. The gene appears to be expressed only in the esophagus. “A recent study in a mouse model for asthma showed that a drug that inhibits a related protein reduces inflammation and improves airway functioning in animals,” he said. While a similar drug might relieve esophageal inflammation in children with EoE, he added, “However, the finding of four genes indicates that a single drug might not work for all patients with EoE, and we may need a tailored approach to treatment, based on patients’ genetic profiles.”

Spergel was a co-author with Hakonarson on the 2010 study that identified the first EoE-associated gene. He directs CHOP’s Center for Pediatric Eosinophilic Disorders, one of the nation’s premier programs for such diseases. The CHOP center recently joined a new NIH-funded network, the Consortium of Eosinophilic Gastrointestinal Disease Researchers, which brings together leading centers in the field.

Funders of this study included the U.S. Department of Defense (award A-16809.2), the National Institutes of Health (grants HG006830, DK100303, AI092135), Food Phight Fund for Eosinophilic Esophagitis and a gift to the Center for Applied Genomics from the Adele S. and Daniel S. Kubert Estate.