An Update on New Features of Our Follow-Up Program

Published on Jan 20, 2020 in Neonatology Update

The Hammersmith Infant Neurological Evaluation (HINE) is a simple, scorable, standardized neurological examination for infants between 2 months and 24 months with specific cut-off scores for predicting cerebral palsy in both preterm and full-term infants (Cerebral Palsy Organization). For example, a HINE score of < 57 at 3 months of age is 96% predictive of cerebral palsy (sensitivity 96% and specificity 87%). The HINE is comprised of 26 items assessing cranial nerves, posture, quality and quantity of movements, muscle tone, and reflexes and reactions.

The CHOP Neonatal Follow-up Program is initiating an endeavor to provide early diagnosis of cerebral palsy, with the HINE being one aspect of a multipronged approach which includes careful birth history, imaging when available, careful physical and neurological examination, and—soon to come—the General Movements Assessment at 3 months. Follow-up Program team members recently underwent standardized training in the HINE, sponsored by the Cerebral Palsy Foundation. Several families graciously allowed trainees to perform the HINE on their babies, score the findings, and discuss findings with the workshop leader. The HINE is now being implemented at some sites with the aim to formally introduce the HINE score into our clinical approach to early diagnosis of cerebral palsy throughout the program over the next few years. 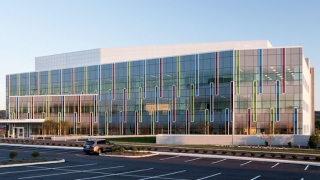 This newly-created clinic serves patients discharged from the CHOP NICU at Einstein Montgomery Medical Center and soon will also serve our patients who currently undergo follow-up care at Chester County Hospital. Judy Bernbaum, MD, well known to the follow-up community for her decades of care of preterm and high-risk infants in the CHOP system, is attending pediatrician at the King of Prussia site. She will soon be joined by Carol Andersen, MD, who has long provided exceptional follow-up care for infants discharged from Chester County Hospital. We are thrilled to provide outstanding multidisciplinary follow-up care for our patents in this new location. The clinic meets on Thursdays. Appointments can be scheduled by calling 215-590-2183. 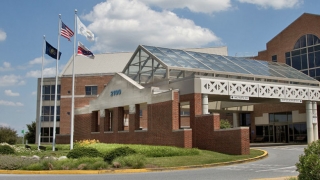 This newly-created clinic serves patients from CHOP Newborn Care at Women & Babies Hospital in Lancaster, Pa., under the leadership of Valerie Martin, DO (see bio on Page 5). It is located at 2106/2110 Harrisburg Pike, Lancaster, Pa. 17601. The clinic meets on Thursdays. Appointments can be scheduled by calling 215-590-2183.

Andrea F. Duncan, MD, MS, ClinRes, is a neonatologist who comes to us from the University of Texas at Houston McGovern Medical School, Division of Neonatal-Perinatal Medicine. She received her medical degree from the University of Texas Southwestern at Dallas, with an master’s of science in Clinical Research from University of New Mexico. Her postgraduate training included both residency and fellowship training at University of Texas Southwestern at Dallas with specialty training in neurodevelopment. Throughout her career, Duncan has focused on improving the outcome of preterm and at-risk infants, most recently in the Neonatal High-Risk Clinic and Tiny Tot Clinic for Neurodevelopmental and Behavioral Health at UT Houston. She is site PI for the Early Detection and Intervention Initiative funded by the Cerebral Palsy Foundation at Houston, and is bringing this important endeavor to our Neonatal Follow-up Program. In this regard, as a group, we are moving toward earlier detection of cerebral palsy through introduction of new evaluations and emphasis on bringing the issues of infants who are at high risk for CP to parents’ attention. The aim of early identification is to institute early referral and intervention during a critical early window of brain neuroplasticity.

Valeria Ann Martin, DO, completed her fellowship in Neonatal-Perinatal Medicine at CHOP in 2018. She received her medical degree from Philadelphia College of Osteopathic Medicine with her residency completed at St. Christopher’s Hospital for Children in Philadelphia. She also served as Chief Resident at St. Christopher’s from 2015–2016. Martin is now an attending neonatologist at CHOP Newborn Care at Women & Babies Hospital in Lancaster, PA. After arriving in Lancaster, Martin immediately initiated a Neonatal Follow-up Clinic. We are delighted to have her remain in the CHOP family and look forward to working with her on follow-up endeavors.

Laura M. Betancourt, PhD, is a longtime member of the CHOP neonatology family in the research arena. She recently became the developmental psychologist for the Neonatal Follow-up Clinic at Lancaster General Health in Lancaster, Pa. Betancourt received her undergraduate degree from St. Joseph’s University and her doctorate in psychology from Bryn Mawr College. She has a vast experience in research with underserved children as well as in developmental follow-up assessments. We welcome her into our follow-up family.