The Neonatal Craniofacial Program at The Children’s Hospital of Philadelphia offers highly specialized care and treatment to neonates with rare and complex craniofacial disorders and syndromes.

Our program, housed within CHOP’s Newborn/Infant Intensive Care Unit (N/IICU), is run by CHOP’s Division of Plastic, Reconstructive and Oral Surgery and the Division of Neonatology.

CHOP has long been a leader in the diagnosis, treatment and follow-up of infants, children and teens with a variety of congenital, genetic and acquired malformations of the head, face and jaw.

Our Craniofacial Program is one of the largest single centers of its kind with more than 1,000 admissions per year — many for genetic syndromes with craniofacial deformations, micrognathia and tongue-based airway obstruction.

Because of increased referrals and our expanding scope of expertise in the diagnosis and treatment of neonates, we created the Neonatal Craniofacial Program.

The Neonatal Craniofacial Program provides comprehensive craniofacial and airway evaluations for children with a diverse group of complex birth and genetic defects that cause differences in the growth of the head and facial bones.

Infants with congenital abnormalities may have symptoms that range from mild to severe. Some may only careful monitoring; while others may require surgery.

Our program is led by an experienced, multidisciplinary team that is focused on providing expert medical care for each patient and emotional support for the whole family.

Our team consists of all board-certified neonatologists, plastic surgeons, geneticists, feeding/speech therapists, otolaryngologists and other support personnel with expertise in neonatal/infant craniofacial care.

We have extensive experience treating infants from all over the world with serious and often life-threatening craniofacial conditions.

The American Cleft Palate-Craniofacial Association and the Cleft Palate Foundation agree that management of patients with craniofacial anomalies is best provided by a multidisciplinary team of specialists.

The Neonatal Craniofacial Program collaborates with specialists throughout the Hospital to ensure patients receive the comprehensive care they need. Patients benefit from around-the-clock access to every pediatric subspecialty.

Our program works closely with the Neonatal Airway Program team to coordinate procedures, surgery and follow-up care. The team provides access to immediate referrals and consultation with one of our neonatal craniofacial plastic surgeons.

Recently, we have developed specific expertise in the care of severe micrognathia due to a variety of causes. Our program offers promising treatments such as mandibular distraction osteogenesis and works closely with the Neonatal Airway Program in diagnosis and follow-up of this condition. Often, we are able to treat these patients in a way that eliminates the need for a tracheostomy. 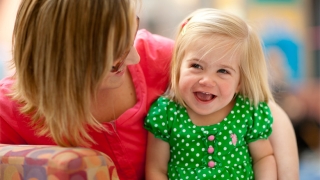 With your support, we can continue to provide innovative care, pioneering treatments and lifesaving cures to vulnerable newborns and infants in our care.