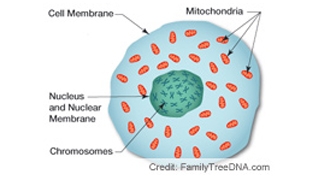 CHOP nephrologist Ulf Beier, MD, is involved in a series of NIH-funded studies. They examine whether modifying a subset of cells found in the immune system could lead to better treatment options for recipients of solid organ transplants and for those fighting autoimmune disease.

Traditional post-transplant treatment regimens call for powerful immunosuppressants that protect the new organ from rejection. While these drugs are effective at reducing rejection rates in the first year post-transplant, they also attack the immune system in a very non-specific way and have dangerous side effects, such as infections and cancers.

Beier’s work aims to improve upon current immunosuppressants by approaching the immune system in a new, selective way. The target: regulatory T-cells (Tregs) which keep the immune system from overreacting or attacking itself. Rather than eliminating this subset of T-cells, which typical immunosupressants would do, Beier and his colleagues are investigating how to make Tregs stronger.

Most Tregs contain a protein called forkhead box P3 (Foxp3) which plays a central role in this cell’s function. Properties of proteins like Foxp3 can be altered by enzymes that are also within the cell; these enzymes are called histone deacetylases (HDACs). An HDAC called Sirtuin-1 (Sirt1) deacetylates Foxp3 protein, which makes Foxp3 more susceptible to breakdown and diminishes its ability to bind to DNA to suppress inflammatory genes.

If Sirt1 is deleted genetically or inhibited using drugs, it is possible to strengthen the suppressive function of Tregs. This might be a new way to approach treatment of transplant recipients who are at risk of rejection. In fact, Beier and colleagues published results of a study in March 2011 which showed that when mice’s Treg lack Sirt1, or when they are treated with Sirt1 inhibitors, had prolonged allograft survival in an immunological heart transplant model. This study is the basis for follow up work happening now.

There are three focus points for the current research into Sirt1 targeted Treg therapy:

The future of transplant and autoimmune therapy

The ultimate goal of Beier’s work is to find alternative drugs for immune suppression. The hope is that eventually, these drugs could improve long-term allograft survival in every organ system, and offer better treatment options for autoimmune diseases. This research is still at the very early stages and is far from a clinical trial, but shows promise that important advances in immunotherapy are in our future.