Haley, 15, plays lacrosse, is a member of the cheerleading squad, and is on the honor roll. And she has a scar that she’s grown proud of — the mark of a liver transplant from when she was 4. Until that transplant, she had been a very sick little girl. With the new liver, she has flourished into a thriving teenager. 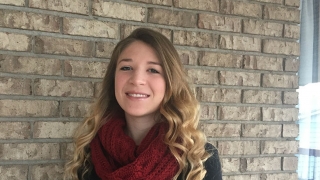 When Haley was 4 weeks old, her parents, Alanna and Craig, brought her to their pediatrician near their home in Scranton, PA, for blood samples. Haley looked jaundiced — when the skin and eyes are a tint of yellow.

“The pediatrician called the next day,” Alanna remembers. “He asked us to come in. When we got there, he sat us down and told us he thought Haley had biliary atresia. He said that if she did, she was likely to need a liver transplant.”

Biliary atresia is a disorder in which the bile ducts become inflamed, blocking the flow of bile from the liver to the intestines. The blockage can cause liver damage and interfere with digestion and other metabolic processes.

The pediatrician told the parents that Haley needed care right away at a hospital with expertise in liver disorders. Alanna and Craig chose Children’s Hospital of Philadelphia (CHOP) and met with Elizabeth Rand, MD, a pediatric gastroenterologist and Medical Director of CHOP's Liver Transplant Program. Haley underwent a series of tests, including a biopsy. The results confirmed the diagnosis of biliary atresia.

Dr. Rand recommended an operation known as the Kasai procedure, which creates a new pathway to drain bile from the liver into the intestine. While it is not a cure for biliary atresia, it could help to restore bile flow. The family agreed, and the surgery was performed by Alan Flake, MD, an attending pediatric and fetal surgeon in the Division of Pediatric General, Thoracic and Fetal Surgery at CHOP.

Although the jaundice resolved after the operation, Haley’s health problems continued. She developed ascites, a fluid build-up in her abdomen and pleural effusion, a fluid build-up around her lungs that interfered with her breathing. Haley’s bones had become extremely weak after many months of her liver illness, and she broke many bones over the course of a few months while learning to walk. Her liver disease prevented her from absorbing enough nutrients to sustain healthy growth.

At 2 1/2, Haley’s jaundice returned, at first in her eyes, and then gradually in her skin, which became yellow and itchy. At 3, her belly became swollen again, as it had when she was a baby before the Kasai procedure. The positive effect of the procedure was reaching the end of its effectiveness — it was time for a liver transplant.

The medical team at CHOP’s Liver Transplant Center explained the different transplant options to the family. CHOP is able to perform transplants from either deceased or living donors, depending on the condition of the patient. In a living donor transplant, a portion of an adult donor’s liver is removed and given to the sick child.

Haley was a candidate for either type of transplant, and both options were pursued. But it turned out that her mother Alanna was a perfect match for Haley.

“It was painful to see my child so sick,” Alanna says. “If there was anything I could do to help her, I wanted to do it.”

When Haley was 4 1/2, mother and daughter underwent their separate procedures, Alanna’s at the Hospital of the University of Pennsylvania (HUP), and Haley’s next door at CHOP, performed by Kim Olthoff, MD, Surgical Director of the Liver Transplant Program. Both operations went well. Alanna was wheeled over to see Haley in the ICU on the second day and was discharged after three days.

Haley slowly recovered, and her parents were thrilled to see the positive changes. The natural color of her skin returned, and the itching disappeared. The swelling in her belly slowly went down. She was released to go home after two weeks. 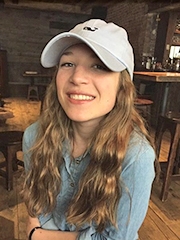 For the first time, Haley had the good health and energy to truly be herself.

“She was the healthiest we had ever seen her,” says Craig.

“She was like a whole new kid. She wasn’t in pain anymore. The itching was gone. She was sleeping well. She was feeling great. ”

In the years that have followed, Dr. Rand has tracked Haley’s progress closely. At one point, she needed to change to a different anti-rejection medication, but otherwise there have been no issues with Haley’s health. Haley comes in for annual visits with Dr. Rand and with Kathleen Anderer, MSN, CRNP, a liver transplant coordinator and a nurse practitioner.

“We are very blessed that we went to CHOP,” says Alanna. “No matter what happened with Haley, it was never a surprise to Dr. Rand. She told us that every child is different, and she responded to every new problem. She’s such a knowledgeable, compassionate woman. Everyone there has been so caring. They took care of Haley, and they took care of us as a family.”

Now 15, Haley is a strong athlete and good student. She plays lacrosse, is a member of the cheerleading squad, and is on the honor roll. She loves spending time with friends, having sleepovers and watching movies. When she was younger, she was self-conscious about the scar from her transplant. Now she’s proud of it. It’s a reminder of how far she has come from her very sick early childhood — a mark of her resilience. 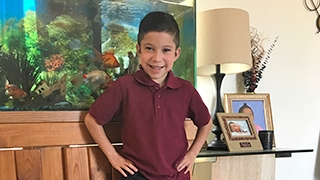 After a liver transplant with his father as the donor, Alejandro is an active and energetic 5-year-old.