Like many expectant parents, Janelle Lupton-Vampelt and her husband, Major, were eagerly anticipating their 20-week ultrasound. What they didn’t anticipate was the news that their baby may have a life-threatening condition. Fast forward seven years, and Parker continues to excel in every way. 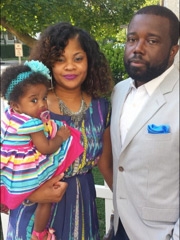 Parker at 8 months old with her parents Based on the ultrasound results, the Philadelphia couple was referred to Children’s Hospital of Philadelphia’s Center for Fetal Diagnosis and Treatment for additional evaluation. "I was nervous,” says Janelle, “but didn't really believe that something could be wrong."

The Center for Fetal Diagnosis and Treatment provides comprehensive care for women carrying babies with known birth defects and is among the most experienced in the world at diagnosing and treating complex congenital anomalies, both before and after birth. Janelle underwent a full day of testing that confirmed their baby had congenital diaphragmatic hernia, or CDH.

This rare condition, affecting 1,600 babies in the U.S. each year, occurs when the diaphragm does not form as it should. The diaphragm is an important muscle that separates the chest from the abdomen. In CDH, a hole in the diaphragm allows abdominal organs to move upwards into the chest during development, crowding the lungs and inhibiting their proper growth. Underdeveloped lungs and blood vessels that supply the lungs can cause high blood pressure in the lungs, asthma, gastrointestinal reflux, feeding disorders and developmental delays in childhood survivors of CDH.

For Janelle and Major, the news was devastating. “Right off the bat, we knew it would be a tough case," says Holly Hedrick, MD, pediatric and fetal surgeon. According to Dr. Hedrick, two important indicators determine the severity of CDH. One is the position of the liver; if it has moved up into the chest, the risk is greater. The other is what's called the lung-to-head ratio, or LHR, which estimates the size of the fetal lungs. In this instance the baby’s liver was up in the chest, and her lung capacity was just 34 percent of what it should have been at that point in development.

CHOP handles some 50 CDH cases per year, more than any hospital in the U.S. The intricate nature of the condition requires diligent prenatal management, a specialized team to help the baby with their first breaths after delivery and in subsequent days to weeks in the NICU, a highly skilled surgical repair after birth, and coordinated, long-term follow-up. Even with the most advanced treatment, CDH has an overall survival rate of 70 percent.

After the diagnosis, the CHOP team worked to develop a care plan. Janelle’s pregnancy was closely monitored, including frequent exams and ultrasounds. The team’s goal was to make sure she was in the best shape possible for her delivery.

On October 8, the Vampelts’ baby girl, Parker, was born in CHOP's Garbose Family Special Delivery Unit, a birth facility for healthy women expecting babies with a diagnosed birth defect. Standing by were Natalie Rintoul, MD, and the Neonatal Surgical Team, which consists of surgical advanced practice nurses, neonatal and surgical fellows, neonatal surgical nurses, and respiratory therapists. Their skills were needed immediately: as soon as Parker entered the world, she struggled to breathe due to small lungs and high blood pressure in her lungs. She needed help to breathe with a ventilator and medicines to help lower the blood pressure in her lungs, so that her heart could beat effectively.

Parker was a fighter and responded to all that was done to help her. However, despite the machines and the medicine, she needed more help to get enough oxygen into her blood and remove the carbon dioxide.

On her first day of life, Parker became CHOP's 1,000th patient to be treated with extracorporeal membrane oxygenation, known as ECMO.

This lifesaving treatment, which CHOP has offered since 1990, is a form of heart-lung bypass and provides long-term breathing and heart support for patients with underlying illnesses such as CDH. CHOP's ECMO Center is one of the largest programs in the country and has been designated a Center of Excellence by the Extracorporeal Life Support Organization (ELSO), an international consortium of centers offering ECMO, since 2008.

Jim Connelly, BS, RRT-NPS, ECMO Center manager, and his team of ECMO specialists worked hard, hour by hour, to optimize her cardiovascular support. As a result, they got to know Parker and her family very well during those 12 critical days. 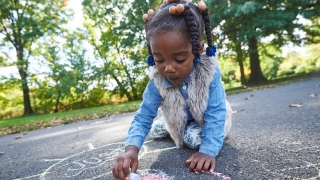 Parker at age 3 “After 12 days on ECMO, Parker was ready to come off the heart-lung bypass life support. We knew that the blood pressure in Parker’s lungs had improved and her lungs were still small, but we felt that she was strong enough to be able to breathe with the assistance of a ventilator,” says Dr. Rintoul, who also serves as medical director of the Neonatal ECMO Program.

This less-invasive therapy would continue to support her breathing, but coming off ECMO meant that her heart would need to do all of the work. Strong little Parker continued to make progress, and days later, she was ready for surgery to return the abdominal organs to their proper place and repair the hole in her diaphragm.

"It was the longest day of our lives," says Janelle. "Luckily, the staff kept providing us with information along the way, constantly assuring us that things were going well."

Post-surgery, Parker recovered well and the family looked forward to leaving the Hospital. For Parker’s five-year-old brother, Justin, bringing his baby sister home was a big concern. “It’s the only thing he ever asked: when is she coming home?” recalls Janelle.

For siblings like Justin, CHOP offers services to help them understand and cope with having a sick brother or sister in the Hospital. Before he visited Parker in the Harriet and Ronald Lassin Newborn/Infant Intensive Care Unit, Justin met with a CHOP child life specialist who helped prepare him for what to expect.

Parker’s discharge, scheduled for Christmas Eve, was postponed by one more surgery to alleviate her severe problem with reflux, common in CDH patients. Finally, after 105 days in the Hospital, Janelle and Major bundled up their baby girl for the trip they had long awaited.

Once home, Parker thrived as her lungs continued to grow. "To say that Parker is a CDH warrior would be an understatement!" says Janelle. 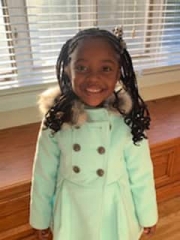 Parker at age 7 Now 7 years old, Parker is an indescribably happy child who is loving, compassionate, playful, and spoiled by a family that loves her. She enjoys playing games, watching YouTube videos, and traveling (some of her favorite places have been family trips to Minnesota, New England and Disney World). According to her mom, Parker also has a love for learning new things, which is no surprise given that she skipped a grade and continues to excel academically.

Parker continues to make regular visits to CHOP’s Pulmonary Hypoplasia Program (PHP), where a multidisciplinary team of experts (including specialists in pulmonology, cardiology, nutrition and psychology) monitor every aspect of her health to keep an eye on any lasting impact of her underdeveloped lungs. Those visits have remained uneventful, and she hasn't required any special care since the removal of her G-tube in 2015.

Indeed, her outcome is what the team always hopes for, says Dr. Rintoul, adding that given Parker’s severe diagnosis, multiple surgeries and long hospital stay, “that one baby could go through so much and do so well is an incredible story.” 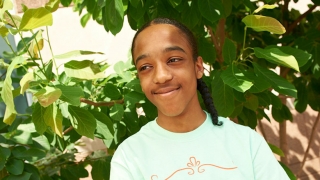 Michael Jr. was one of the Center for Fetal Diagnosis and Treatment’s first patients, where he had surgery to repair a CDH. 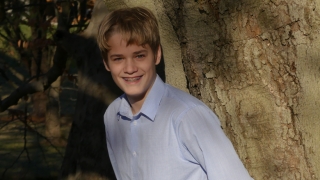 A day at the beach turned into a nightmare when a sand cave collapsed on Edgar. He was rushed to CHOP where a world-renowned ECMO team saved his life.