When an active 4 1/2-year-old boy runs around a lot, isn’t that just typical little boy behavior? And all that activity could make him extra hungry and sweaty and have his heart race, couldn’t it? 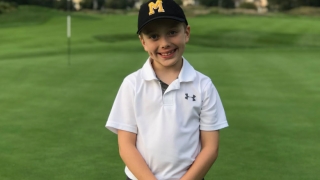 All those things started happening to Kade gradually over the spring and summer of 2015. His mother, Kate, says she thought, “He’s 4 and running all over the place. That’s what little boys do. And he’s always hot, even in air conditioning, but it’s summertime. He’s eating an unbelievable amount of food, but he’s probably having a growth spurt.”

Kade’s heart was beating fast even when he was watching TV or playing quietly with toys. But his mother thought it was his asthma medication, which has a potential side effect of rapid heartbeat. Then he began misbehaving, which wasn’t like him. And he started barely being able to make it to the bathroom, even though he was a kid who never had accidents. Kate became concerned this was more than just typical preschooler stuff.

At Kade’s 5-year well visit at CHOP Primary Care, High Point, his pediatrician, Richard Santos, MD, ran a urine test and, later, some blood tests to try and figure out if there was a medical explanation for the changes in Kade’s behavior.

“He called me at 7:30 Monday morning,” Kate says. “He told me, ‘Kade is going to be OK, but his thyroid is out of control.’” The moment Kade’s blood test results came in, Santos had called the Pediatric Thyroid Center at Children’s Hospital of Philadelphia to make an appointment. “Dr. Santos knew he had to get Kade seen ASAP,” she says, “and the Thyroid Center fit him in quickly.” 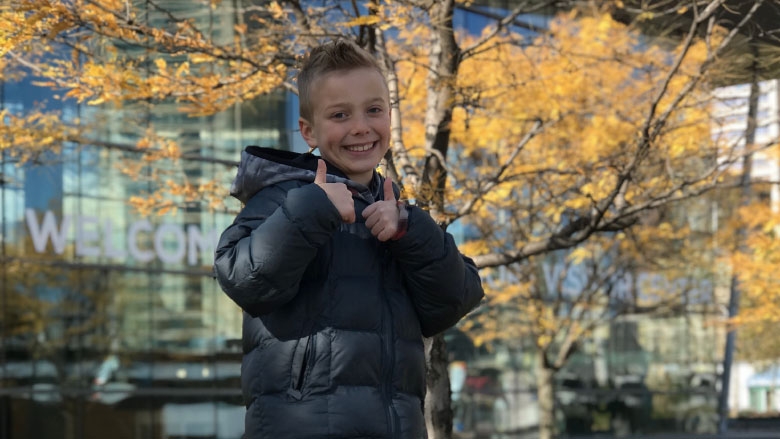 Kade is a bit of an anomaly. The truth is, if those symptoms had happened to a teenage girl, it wouldn’t be a leap to consider hyperthyroidism as a potential diagnosis. Females are five to 10 times more likely than males to have Graves’ disease, the autoimmune form of hyperthyroidism. Onset of Graves’ disease is much more common during adolescence, although the number of children under 10 years at the time of diagnosis has increased over the last decade.

Graves’ disease, which affects approximately 1 in 10,000 children in the United States, is the most common type of hyperthyroidism. It occurs when a person’s immune system develops antibodies that attach to the thyroid cells, causing them to produce an overabundance (the “hyper” in the name) of thyroid hormone.

Interestingly, several members of both Kate’s extended family, and her husband’s, Mike’s, family, had been diagnosed with autoimmune thyroid disease. But they all had hypothyroidism, known as Hashimoto’s thyroiditis, a condition where their thyroid doesn’t produce enough thyroid hormone.

For now, disease is under control

Once Kade was diagnosed with Graves’ disease, Andrew Bauer, MD, Director of the Thyroid Center, spent time explaining how the disease works and the course of treatment. The initial step is to start a medication, which works by lowering the amount of thyroid hormone.

Graves’ disease occurs when a child’s immune system develops antibodies that attach to the thyroid cells, causing them to produce too much thyroid hormone.

As Kade’s thyroid hormone production returned to normal, so did his gentle personality and (mostly) good behavior. Most patients will see a return to baseline, with the majority of their symptoms, including attention difficulties, anxiety, increased appetite, weight loss, fatigue and others, resolving.

For some, the course of the disease is very predictable; however, for some there are ups and downs even when the child follows the treatment plan.

“I can tell in a hurry,” says Kate, when his thyroid hormone levels have increased. “He gets hot, and he gets very naughty and doesn’t listen. He’ll be doing really well for a while and then the numbers spike and the symptoms come back.”

During those periods, Kade musters his self-control while he’s in school and then lets loose once he’s home for the day. “He’s bouncing off the walls,” Kate says. “He tells me, ‘I try so hard to be a good boy at school.’ He really wants to please his teacher, so I understand.”

For the last six months or so, Kade’s Graves’ disease has been under control and so have his symptoms. That’s a huge relief for the family.

When Graves’ can’t be managed with medication 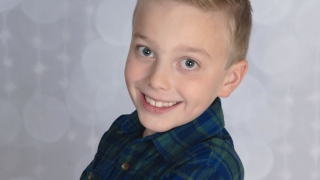 Although Kade is doing well, it has been more than three years since his diagnosis, and his thyroid stimulating antibody levels are still elevated. During each quarterly clinic visit, Dr. Bauer reviews the chances that Kade’s Graves’ disease will go into remission, an event that happens in approximately 20 percent of patients.

Remission is most likely within five years of diagnosis. So, if the child is well- managed, it’s reasonable to wait to see if they go into remission. However, if there are frequent ups and downs in thyroid hormone levels and the associated adjustment in medication dosing disrupts a patient’s daily activities, the medical team will consider moving toward definitive therapy sooner rather than later. 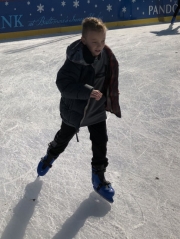 The medication hasn’t zapped Kade’s energy. He is constantly playing sports with his 6-year-old brother Alec. The boys stay busy with street hockey, basketball, soccer, flag football, karate, tennis and golf. Little sister Noelle, 3, tries to keep up with her brothers. “It’s busy around here, but a lot of fun,” Kate says.

Kade sees school as a learning adventure. “He loves reading and loves math,” his mom says. “He loves everything and wants to do everything. He wants to learn guitar and piano and Mandarin. That’s just how he is.”

He has handled having Graves’ disease with a maturity well beyond his 8 years, and his family remains cautiously optimistic remission is possible.

“He acts like it’s not a big deal,” Kate says. “He doesn’t think about it or talk about it. He takes his medicine every morning in some applesauce. He’s sweet and kindhearted. That’s when I know his Graves’ disease is under control, when my sweet boy with his heart of gold is back.”