Alexis, 15, was just finishing dance class in October of 2018 when she felt a sudden, sharp pain in her lower chest. Previously diagnosed with acid reflux, she sat down for a few minutes expecting the feeling to pass. Instead, the pain intensified. Within minutes, her breathing became labored and she began to pant, desperate for air. An instructor called 911 and an ambulance quickly transported Alexis to a nearby hospital. Her parents met her there. 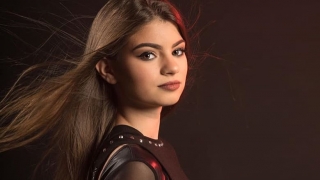 Once at the hospital, doctors performed a battery of tests to determine what was causing her symptoms. Testing revealed Alexis had acute pancreatitis. The condition is rare in children, affecting less than 1 in 10,000.

Her parents, Kimberly and Mark, struggled to find answers and doctors who could help them understand their daughter's condition.

For the next two months, Alexis was in and out of the hospital with severe, recurring symptoms. She lost weight. She was in constant pain. And she struggled to perform many of her typical activities like attending school and dancing — which she loved. Her condition became so severe that — after multiple hospitalizations — her family's insurance company finally agreed to pay for genetic tests to help doctors better understand her illness. The testing revealed Alexis had mutations in two genes — PRSS1 and CFTR — both known to produce proteins that disrupt normal pancreatic function.

But still, her symptoms persisted. In December 2018, she was referred an adult pancreatic expert, who performed an endoscopic retrograde cholangiopancreatography (ERCP), a procedure to determine where her digestive fluid was coming from and where it was entering her intestines. "The test showed I had a lot of scar tissue in my intestines and that my bile ducts were very small," Alexis says. "We also learned I was taking the medication incorrectly."

Faced with a reported lack of local pediatric experts in pancreatic diseases, the family began searching neighboring states and even across the country. Finally — nearly 9 months after Alexis' initial diagnosis — her family discovered an expert pediatric pancreatic team at Children's Hospital of Philadelphia (CHOP), less than an hour drive from the family's home.

CHOP's Pancreatic Disorders Program was formed in 2017, under the direction of Asim Maqbool, MD, a board-certified pediatric gastroenterologist and physician nutrition specialist. In early 2019 – when Alexis' family discovered it – the fledging program had only been open about a year. Since then, however, the program has grown exponentially to become one of the largest pediatric pancreatic centers in the nation, diagnosing and treating hundreds of children and teens with the disorder, and is accredited as a Pancreatitis Center of Excellence by the National Pancreas Foundation.

"We found Dr. Maqbool and he brought in an entire team to work on Alexis' case," Mark says. CHOP's Pancreatic Disorders team includes specialists from the Division of Gastroenterology, Hepatology and Nutrition, as well as Endocrinology, Pulmonology, Radiology, Surgery, Pathology, Psychology and Oncology, among others.

The CHOP team assessed Alexis, reviewed her previous tests and performed new tests. They diagnosed her with chronic pancreatitis. Then, the team talked with her family about next steps. The clinical team's first goal was to stabilize her condition with a combination of medication, diet and lifestyles changes. "We were so pleased to find someone willing to talk directly to my daughter and us," Mark says. "The team at CHOP taught Alexis how to avoid flare-ups of her condition, what to do if she does experience a flare, and discussed when a more permanent solution may be needed."

Alexis’ treatment includes lifestyle and diet changes. The CHOP team encouraged Alexis to continue with a normal diet as best as she is able, and to take pancreatic enzyme replacement therapy with structured, regular meals and snacks. The clinical team worked with Alexis to determine optimal timing and dosing of this therapy and continues to closely follow her for any signs or symptoms of exocrine/digestive pancreatic insufficiency.

Alexis must also drink lots of water; staying hydrated helps her organs — particularly her pancreas — work properly and reduces the risk of injury from inadequate blood flow and inflammation. Her treatment team has helped Alexis focus on reducing the risk factors she has control over.

Pain is often the most difficult part of any illness; pancreatitis is no exception. Treating pain adequately and appropriately is important. The goal of Alexis’ treatment is to reduce disability, promote as-normal-as-possible functioning, and keep pain from disrupting her life.

So far, the treatment approach at CHOP has been successful for Alexis.

Surgical approaches to reduce this pressure and enhance drainage between the pancreas and the small bowel are also viable options for patients with acute, recurrent and/or chronic pancreatitis. One such procedure is a pancreaticojejunostomy or Puestow procedure.

There are other surgeries that may be appropriate for children with pancreatitis, depending on the type of disease, cause and location of the involvement. Advanced diagnostic imaging can help clinicians hone in on the problem area, and state-of-the-art imaging helps advance clinicians’ understanding of the problem and how best to address it.

For patients with some forms of recurrent and chronic pancreatitis, a total pancreatectomy with auto islet cell transplant may be considered. In the procedure, the individual’s pancreas is removed and the hormone-replacing cells (the islets) are returned to the body. The indication for this surgery is chronic pain; the ideal timing is before the patient is at higher risk for loss of endocrine function and developing insulin-dependent diabetes.

"Because of Alexis' gene mutations, we know she has a lifelong risk of developing pancreatic cancer and that will increase as she grows older," Dr. Maqbool says. "If her pancreas is removed, she can't get pancreatic cancer, but it places her at greater risk of other chronic conditions like diabetes." 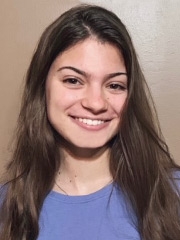 Alexis initially struggled to adjust to changes in her lifestyle and activities. Now, 17 and a high school junior, she attends school on a hybrid learning model because of COVID-19. Although she’s stopped taking dance classes due to lack of energy at times, she has found new interests to pursue like baking and candle-making. "When I'm having a bad day, baking or making candles is soothing," she says.

But her greatest new passion is inspiring others through her writing. She recently started a blog on Instagram to share her experiences with pancreatitis, to offer support to youth who have been newly diagnosed, and to help others undergoing testing or treatment for the disorder.

“It's something I have control of and it makes me feel empowered. I'm hopeful that better treatments can be developed so I can return to doing what I love.”

To learn more about pancreatitis, its causes and potential treatments, Alexis is participating in pancreatic research at CHOP. Earlier this year, she contributed blood samples and a questionnaire about her symptoms to CHOP. She continues regular monitoring every three months with the Pancreatic Disorders Program, and her family is active with the National Pancreas Foundation.

"I say a prayer every day that she remains pain-free," Kimberly says. "The disease is always affecting her — and it will long-term. I would love for researchers to find a solution, a treatment, a cure to help children like Alexis."

Adds Mark: "There has to be a way to fix these mutated genes or offer better treatments. We need more research into genetics and more genetic testing offered at birth."

Alexis' gene mutations were present at birth, but were not part of any traditional newborn screenings. It was only after she developed symptoms at 15 that she was diagnosed with pancreatitis. "If we'd known earlier, maybe we could have done more," Mark says.

Alexis' family is lobbying for genetic testing of their whole family, in the hopes of better understanding the origin of the faulty genes, if any of her siblings also have the genetic mutation, and the likelihood of Alexis passing the faulty gene onto her children.

CHOP's Pancreatic Disorders Program is actively involved in research and is part of the INSPPIRE Consortium, an international collaboration investigating better ways to diagnose and treat pediatric pancreatitis.

Additional studies at CHOP focus on:

"Care for children with pancreatic disorders is evolving rapidly. Ongoing research contributes to evidence-based care and guidelines —which, in turn, benefits and advances care for our patients,” Dr. Maqbool says. "We don't have all the answers now, but we won't stop until we do.

"Patients like Alexis are counting on us and we’ll do everything possible to help them on the road to recovery.”

Donate to the Pancreatic Disorders Program

Donations power every lifesaving treatment and breakthrough discoveries for the Pancreatic Disorders Program. By donating to CHOP, you become our partner as we make extraordinary advances that will improve the lives of countless children with pancreatic disorders.