When Noah was 11, severe digestive issues related to ulcerative colitis drained his energy and threatened his life. Now 15, he has the energy and stamina to play on a basketball team. He feels like himself again. 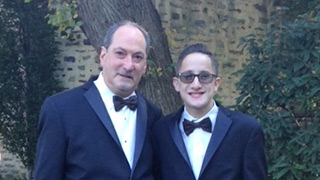 When Noah was 11, he started having bouts of diarrhea. Then he started to have blood in his stool. In a particularly alarming incident, he called his mother, Caren, at work to say that the toilet was full of blood. Her husband, Mark, took him to an emergency appointment with their pediatrician, who told them Noah needed to see a gastroenterologist immediately.

“Dr. Bales met with us for an hour,” Caren says. “She talked with Noah to find out what was going on. And she weighed him. It was shocking how much weight he’d lost.”

Dr. Bales explained that their next step would be an endoscopy and colonoscopy to look for inflammation or tissue damage in his digestive system. She suspected that he had a form of inflammatory bowel disease (IBD), most likely ulcerative colitis. This condition affects the lining of the colon (large intestine) and rectum, causing inflammation and ulcers.

The scopes confirmed Dr. Bales’ initial diagnosis. “The medical team at CHOP was wonderful,” says Caren. “They told us, ‘This is what we are going to do.’” He was started on a milder form of therapy, but he continued to have symptoms. The bloody diarrhea continued. In just a few weeks, he had lost 12 pounds and his blood counts had dropped.

Finding a treatment that worked

Noah was admitted to CHOP and put on IV steroids. With a change in medication, the diarrhea gradually became less frequent. “Toward the end of his stay, I was jumping for joy when he had a solid poop,” laughs Caren.

Noah was discharged on New Year’s Eve, and went back to school when vacation ended. He was better, but the diarrhea wasn’t completely gone and his energy level was still low. “It took a while before I was fully able to do what I wanted to do,” Noah says. “I couldn’t be myself. I couldn’t be active outside.”

As a sixth grader, it was awkward to be dealing with an intestinal disease. “I was nervous about telling people,” Noah says. “The first person I told was my friend Sam. He started to smirk. Then he realized this was serious.”

It was serious, and the medications Noah was taking that winter weren’t doing enough to eliminate the inflammation. He came in for regular follow-up visits with Judith Kelsen, MD, an attending physician in CHOP’s Center for Pediatric Inflammatory Bowel Disease. At their April appointment, she recommended that they put Noah on a biologic immune suppressant that would be administered in periodic infusions.

The new medication made a difference, though Noah was not completely past his problems. Even with the most effective treatments, patients can expect occasional setbacks. For Noah, the worst of these was a flare-up of his inflammation as he prepared to go to summer camp that year. He ended up staying home. But aside from that, he has resumed his active life. 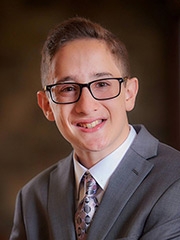 Now 15, Noah plays basketball and enjoys time outdoors and hanging out with friends. He’s an open, friendly kid, who loves being with people of all ages. He had a job this past summer as a waiter in an assisted living facility, where his customers loved him. He is equally happy with little kids. He goes out of his way to welcome new students to his school, and won an award for being the nicest kid in his grade.

Noah has given back to CHOP by participating on panels at events for families of children with IBD, including IBD Education Day. He’s articulate and generous in sharing what he has learned from his experience.

“I’ve come a long way. I thank my family for getting me through those bad times, and I’m very, very happy that CHOP was able to treat me. Having this condition has changed my perspective on life. I was carefree. Then this came along. You need to live life to the fullest.” 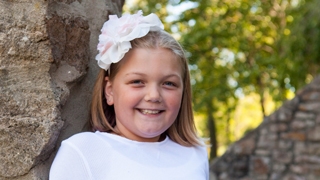 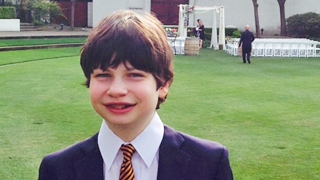