Daniel, 11, plays baseball and basketball. He also likes to write. Unfortunately, these activities posed a challenge because of a condition called hyperhidrosis, which caused his hands to sweat excessively. 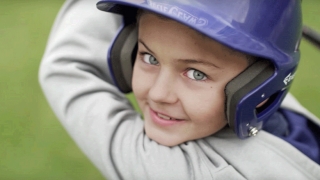 It’s normal for hands to sweat when you are hot or anxious. But hyperhidrosis is different. It is characterized by excessive sweating in amounts greater than what is needed to regulate our body temperature. Because of his condition, Daniel’s hands sweated constantly and profusely, even when his body was cool and calm.

When he played baseball, his sweaty hands would cause the ball to slip from his grasp when he was throwing or catching. He wore batting gloves to compensate, but they didn’t solve the problem. When he wrote or drew projects for school, his wet hands smeared his writing and moistened the paper so much that it would tear. When he used a touch screen, the excess moisture would confuse the software and eventually damage the device. Holding hands or shaking hands were sources of embarrassment that he avoided whenever possible.

Sandra, Daniel’s mother, noticed the problem when he was a baby.

“His hands were always wet,” she says. “At first I thought it was because he was putting his hands in his mouth. But he stopped doing that and his hands stayed wet. It just never went away.”

Sandra brought it up at every visit to the pediatrician, but was told not to worry, that it was normal, or that it would go away with time. But it didn’t seem normal and it didn’t go away. She took Daniel to a series of dermatologists who suggested different creams or antiperspirants, some that needed to be kept on his skin overnight with gloves. None of them worked.

As Daniel grew older Sandra’s worries grew, too, as his wet hands got in the way of his favorite activities and his schoolwork. She tried to explain the problem to Daniel’s teachers, but he would still get papers back with comments like “neater next time.” His handwriting was fine, it was just that his wet hands smeared the letters and wrinkled the paper.

He would wash his hands frequently because of the excess sweating, and that often left his hands swollen, irritated and red.

“At night when I would tuck him in and everything was quiet,” Sandra remembers, “he would often ask me ‘When will it go away? Why aren’t my hands like yours? What can you do to stop it?’ It was very, very upsetting. I felt helpless as a parent because I didn’t have an answer for him.”

A breakthrough for Daniel

Finally, at his 9-year checkup, Sandra told Daniel’s pediatrician that something needed to be done.

“I had just had it,” she says. “I had been from doctor to doctor with no help. Nobody would listen to me. I almost broke down in tears. And they said they would get me an appointment at Children’s Hospital of Philadelphia.”

That turned out to be the breakthrough for Daniel. At their first appointment with a dermatologist at CHOP’s Specialty Care & Surgery Center in Voorhees, NJ, they were told that Daniel appeared to be a good candidate for surgery to correct his hyperhidrosis. Their next step was a meeting with Pablo Laje, MD, an Attending Pediatric Surgeon with expertise in hyperhidrosis and minimally invasive surgery.

Dr. Laje explained the procedure, thoracoscopic sympathectomy, which interrupts the nerve that sends signals to stimulate the sweat glands in the hands. The nerve is cut at the upper ribs using a surgical technique that requires only two small incisions just below the armpit. Cutting the nerve stops the sweating without affecting any other nerve connections or functions.

“I felt like we finally found an answer that would help him at CHOP,” Sandra says. “The doctors actually cared. They didn’t shoo me away. They said they understood. Which I had never found in another doctor before.”

Surgery to stop the sweating 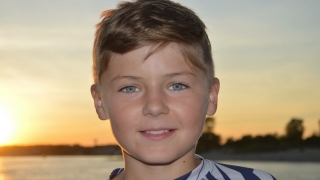 Daniel had the surgery in October 2016, when he was 10. After all the years of discomfort and embarrassment, the procedure seemed almost too simple. When he woke up, his hands were dry.

“I felt so relieved after the surgery,” Sandra remembers. “No complications, no worries. Daniel was happy. He just kept telling us, ‘My hands are dry. My hands are dry. Feel my hands.’ And he would start holding my hand, which he had never done before. My husband, Ken, and I were ecstatic. I asked Dr. Laje how long it would take to work, and he told me, ‘It’s fixed. That’s it. It’s done.’”

Daniel went home the next day and has had dry hands ever since.

His schoolwork has improved. He writes longer papers now that he doesn’t have to keep stopping to wipe his hands. And he can use keyboards and touch screens with no problems.

Over the winter he started playing basketball, a sport he had avoided before because of difficulty handling the ball with wet hands. Now, with dry hands, he loves the game. And with the spring he returned to his favorite sport of baseball, with the same skill he always had but now with the confidence to go with it.