It was Halloween of 2017 when Jennifer felt there was something gravely wrong with her son, Michael. Instead of being his usual cheery self on his favorite holiday, Michael came home from school feeling extremely ill, looking pale and complaining that his ears hurt. A temperature check revealed a low-grade fever. Over the next two days, he began vomiting and developed a strange rash with dark-red dots all over his legs. 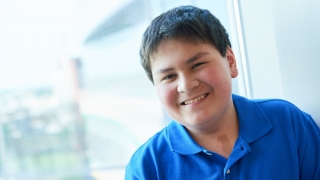 “That’s when I knew something was really wrong, and I rushed him to the family pediatrician and insisted on a blood test,” recalls Jennifer. “I was in total shock when they said Michael had leukemia.”

Michael, then 13, was emergency airlifted to Children’s Hospital of Philadelphia (CHOP), where he was admitted into the Pediatric Intensive Care Unit.

A multidisciplinary team of CHOP oncologists and hematologists, led by Stephen P. Hunger, MD, Chief of the Division of Oncology and a nationally prominent specialist in children’s cancer, treated Michael. A series of tests determined the exact diagnosis of T-cell acute lymphoblastic leukemia, as well as its effect on Michael’s central nervous system, bone marrow and surrounding organs.

Round after round of intense chemotherapy followed, along with numerous blood and platelet infusions. The steroids that are part of leukemia treatment — they can help reduce allergic reactions to some chemotherapy drugs and stimulate appetite — raised his blood sugar levels, requiring insulin injections.

A Musical Farewell to the Hospital 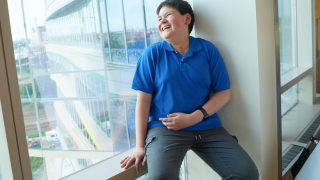 After weeks in the hospital, Michael was cleared to go home. A musician since he was 7 — he plays the clarinet, bass clarinet and tenor saxophone — he marked his last day in the hospital by performing the George Gershwin piece “Summertime” for the nurses on the floor. He also taught himself to beatbox, and during his time in the hospital he was invited to CHOP’s Seacrest Studios to beatbox for the other patients.

He began his outpatient treatments at the Buerger Center for Advanced Pediatric Care, and then at CHOP’s Specialty Care and Surgery Center in King of Prussia, under the care of Julie Stern, MD, and Tracey Jubelirer, MD. “CHOP was amazing in guiding us through the transition,” says Jennifer. “I had individual practice sessions with the health practitioner on how to administer chemotherapy injections, how to monitor glucose and how to handle emergency situations. They’ve been extremely professional. We are so grateful to everyone at CHOP.”

Everything remained fine for a few months, but then Michael developed a high fever. Cancer treatment suppresses the immune system, “So it’s been very challenging to keep him from picking up a cold or flu,” says Jennifer. For a child with leukemia, a fever can be a medical emergency — and in such situations, CHOP is just a phone call away. “The oncology fellow on call is a great system,” says Jennifer. “I’ve called them many times, asking for advice in various situations, anything from fevers to questions about his medications.”

In this case, the advice was to bring Michael to CHOP’s location in King of Prussia. Once there, his condition quickly worsened, so he was rushed by ambulance into Philadelphia, where he spent another week in the hospital.

The Effect of Treatment on His Bones

Overall, Michael responded well to chemotherapy, which involved more than half a dozen drugs. However, he began to have trouble walking. Magnetic resonance imaging showed that the prednisone in his treatment plan had caused avascular necrosis — the death of bone tissue due to lack of blood supply — of his hip, shin and ankles.

After the successful operation, Michael needed to use a wheelchair for seven months. Just recently, he has begun walking again.

Another operation on Michael’s right side will be performed in the next year. But for the time being, Michael is looking forward to the Parkway Run & Walk – and he is especially excited that he’ll be able to walk the course. 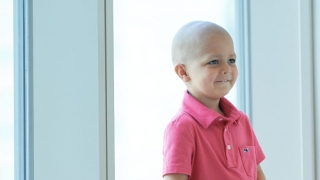