Robert Sutton, MD CHOP appointed Robert Sutton, MD, who has served the last 14 years as an attending physician in the division, as Chief of Critical Care Medicine in Department of Anesthesiology and Critical Care Medicine. He has served in numerous leadership roles at CHOP, including Chair of the Resuscitation Committee, Medical Director of the Preventing Codes Outside the Intensive Care Unit Initiative, medical lead of the Critical Care Outreach team, and Co-Director of the Resuscitation Science Center in CHOP’s Research Institute. He currently holds the Endowed Chair in Clinical Resuscitation Science. 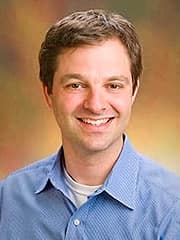 Benjamin Laskin, MD Benjamin Laskin, MD, who’s been a physician-researcher at CHOP for 11 years, is the new Chief of Nephrology. His research is focused on infections and kidney disease in immunosuppressed children, particularly those receiving a bone marrow or organ transplant. As principal investigator on a National Institutes of Diabetes and Digestive and Kidney Diseases research study, he leads a project testing the association between viral infection and kidney and bladder disease in children receiving an allogenic hematopoietic cell transplant. 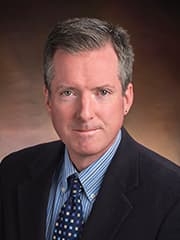 Children’s Hospital of Philadelphia was ranked as the No. 1 pediatric residency program in the country by Doximity’s 2022 to 2023 Residency Navigator. The rankings give medical students insights from physicians on residency programs across the country.

Exploring the link between cyberbullying and suicide

Researchers from the CHOP-Penn Lifespan Brain Institute (LiBI) found that adolescents who are cyberbullied are more likely to report suicidal thoughts and attempts—an association that goes beyond the link between suicidality and traditional offline bullying.

Suicide rates among children are steadily rising; suicide was the second- leading cause of death for individuals between 10 and 24 in 2018, according to the Centers for Disease Control and Prevention. The COVID-19 pandemic exacerbated the influence of online bullying. This study is the first to determine that being a target of cyberbullying is an independent risk factor for suicidality.

Researchers, led by CHOP psychiatrist and senior author Ran Barzilay, MD, PhD, analyzed data collected between July 2018 and January 2021 from the Adolescent Brain Cognitive Development Study. “Given these results, it may be prudent for primary care providers to screen for cyberbullying routinely in the same way that they might screen for other suicide risk factors like depression,” Barzilay says.

Children born prematurely who had bronchopulmonary dysplasia (BPD) are at increased risk for lung complications—like emergency department visits, using systemic steroids, and having chronic respiratory symptoms— if they attend daycare in the first 3 years of life, according to a new CHOP study published in The Journal of Pediatrics.

“This study shows that daycare is a modifiable risk factor that is linked with poorer outcomes in preterm children with BPD,” says Sharon McGrath-Morrow, MD, MBA, associate chief of the Division of Pulmonary and Sleep Medicine and leader of the Post-preemie Lung Disease Clinic at CHOP. “Providers should advise families with infants and young children with BPD about the potential risks of daycare attendance, particularly prior to 1 year of age, while also bearing in mind the financial needs of the family.”

The center will focus on developing discoveries through collaboration, recruiting, and growing talent, and training and mentorship programs for nephrology researchers. It will also host an Annual Kidney Life Course Research Symposium, regular meetings, journal clubs, and shared resources.

“By bringing pediatric and adult kidney researchers under one umbrella, we will accelerate the pace of discovery for both populations,” says Co-Director Michelle Denburg, MD, director of research for the Division of Nephrology at CHOP.

While orthopedic training can prepare you for the nuts and bolts of surgery, as a new attending, Dr. Chrissy Goodbody reflects on what has struck her most in her transition from training to practice.

There is always a lot of news to share, but this column will be devoted to 2 of our beloved colleagues who passed away this spring, Dr. Kwaku Ohene-Frempong and Dr. Doug Canning.