Christian has battled nephrotic syndrome since he was a baby, but he never let it get his spirits down. Thanks to support from the nephrology team at Children’s Hospital of Philadelphia, he is now a teenager with normal kidney function and big dreams for the future. 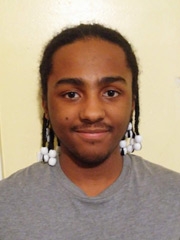 It all started when Christian was 15 months old. His face looked swollen, recalls his grandmother, Constance. She took him to his pediatrician who said Christian had an upper respiratory infection and prescribed antibiotics. But halfway through the next day, Constance got a call from Christian’s daycare saying something was wrong. Christian had refused to take his coat off all day. And the telltale sign that something was up: Christian wouldn’t drink his apple juice, his favorite drink.

Constance rushed to get Christian and immediately called the pediatrician. He told her to relax and come in for an appointment the next day. But Constance thought better. She went to the emergency room near her home in Newark, NJ, and good thing she did. The doctors there diagnosed Christian with nephrotic syndrome (NS), a kidney disorder that causes the body to excrete too much protein in the urine. Left untreated, the condition can cause serious infection, blood clots and kidney damage.

Over the years, Christian responded well to steroids. He relapsed multiple times, typically when attempting to taper his medication. He would swell from head to toe during a relapse, then urinate out all the water weight once on medication. After trying every type of medication used to treat NS, he was diagnosed with steroid dependent NS that eventually became steroid resistant.

Christian has handled all the relapses, medications, biopsies and hospitalizations like a real trooper, says Constance.

“He has never let nephrotic syndrome get in his way,” she says. “He just took everything in stride.”

By age 7, Christian had been pricked so many times for bloodwork that it didn’t even faze him. When he was 9, the nephrologist who had treated him since his diagnosis — who Constance adored — took a position at a hospital in New Orleans.

Then they found the nephrology team at Children’s Hospital of Philadelphia (CHOP).

“I really like CHOP,” says Constance, who moved the family to Philadelphia to be closer to Christian’s care team.

The team at CHOP prescribed a new medication, and Christian was in remission for a number of years. He has seen other specialists at CHOP for allergies, asthma and sleep issues. And at age 13, he was diagnosed with autism.

Preparing to transition to adult care

Christian has now been tapered off the medication. He has periodic episodes of abnormal quantities of protein in his urine, but the episodes have responded well to steroids. His kidney function is currently normal.

The goal for Constance and his care team now is to help prepare Christian to transition to an adult nephrologist and advocate for himself.

“The adult world is so different than the CHOP world,” says Constance. Since his autism diagnosis, Christian has received treatment focused on helping him with communication, interaction, transitions, independence and social competencies, but Constance has done all of the communicating and advocating for him to date.

Christian’s nephrologist at CHOP, Susan Furth, MD, PhD, Chief of the Division of Nephrology, has recommended an adult physician in the area who she thinks will be a good fit.

Maybe it’s because health has been top of mind for nearly his whole life, but Christian has always taken care of his body. He doesn’t eat sweets, has never had a cavity, and exercises three times a day — in the morning before school, when he comes home from school, and then before he goes to bed. His workouts involve everything from weightlifting to running and spinning to jumping rope.

“He would make Jack Lalanne so proud,” laughs Constance.

Christian hopes his illness continues to stay at bay, but plans to continue living his life on his terms regardless. He recently signed up for a course at Philadelphia Community College to pursue his dream of becoming a fitness trainer at a gym. 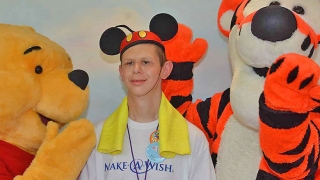 Harold has been treated for high blood pressure since he was 13. Today, he’s a social young man who loves bowling and running.