Brachial plexus birth palsy is a flaccid weakness in an upper limb resulting from injury during birth to the brachial plexus, the group of nerves that runs from the spinal cord to the shoulder, arm and hand.

Researchers at the Brachial Plexus Injury Program at Children’s Hospital of Philadelphia worked with researchers in the Department of Obstetrics and Gynecology at the University of Pennsylvania to understand trends over time in the incidence of brachial plexus birth palsy in the United States and the relationship of those trends to changes in obstetric care practices.

The study found that shoulder dystocia — where the shoulders get stuck in the mother’s body and require significant manipulation during delivery — was the strongest risk factor for brachial plexus birth palsy, though the risk decreased over the period studied. Caesarian delivery and multiple gestation birth were associated with lower risk of brachial plexus birth palsy. 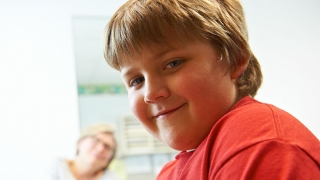