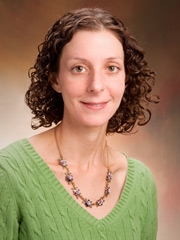 “As we continue to understand the specific functions of these genes in this type of childhood-onset disease, we are working to design more effective therapies,” said study leader Judith R. Kelsen, MD, a pediatric gastroenterologist in the Center for Pediatric Inflammatory Bowel Disease at The Children’s Hospital of Philadelphia (CHOP).

Kelsen and colleagues published their findings July 16 online in the journal Gastroenterology.

Inflammatory bowel disease (IBD) is a painful, chronic inflammation of the gastrointestinal tract, affecting roughly 2 million children and adults in the U.S. IBD beginning in childhood tends to be more severe than adult-onset disease. In fact, very early-onset IBD (VEO-IBD), diagnosed under age 5, is often more severe than IBD that starts later in childhood, and often more challenging to treat. Kelsen specializes in caring for children with VEO-IBD.

“There has been extensive research in the genes contributing to adult-onset IBD and in children aged 10 and older,” said Kelsen, “but relatively little research has been performed in the very-early onset subtype of the disease.” Furthermore, she added, much of the previous work relied on genome-wide association studies (GWAS), which often do not find rare gene variants. The current study used newer technology, whole exome sequencing, which has revolutionized the ability to study rare gene variants.

About the study and the authors' findings

The study team analyzed DNA from 125 children with VEO-IBD, all of them under age 4, along with DNA from 19 of their parents. A control group of 210 subjects included 145 healthy individuals, 45 patients with pediatric IBD and 20 with adult-onset Crohn’s disease (one of the two major types of IBD).

Because IBD is a complex disease, in which a patient’s genes may alter immune response to environmental exposure, the researchers focused on specific genes or biological pathways associated with primary immunodeficiency disorders.

The researchers found rare and novel variants in genes that regulate B-cells and T-cells — immune cells with important roles in immunodeficiency disorders. They also discovered rare variants in the IL10RA gene, a member of a key immune function pathway. “Our findings reinforce other research that has revealed considerable overlap among genes involved in different immune-related diseases,” said Kelsen. “This overlap is reflected in the fact that VEO-IBD may be a form of primary immunodeficiency.” She added that she expects further whole-exome studies to identify additional immune-related gene variants and pathways.

Kelsen and one of her co-authors, Kathleen E. Sullivan, MD, PhD, chief of Immunology at CHOP, run a joint immunology/IBD clinic once a month for children with VEO-IBD.

For health providers caring for children with VEO-IBD, said Kelsen, the research underlines the importance of doing complete immunological workups for these patients, in addition to IBD evaluations. Sometimes, she noted, a genetic workup may also be necessary. “Evaluation and treatment guidelines are not yet standardized for children with very early-onset IBD, but we have found that this subtype of IBD is somewhat different from IBD that begins later. As we better understand the specific components of the immune system that may be involved in this disease, clinicians will be better prepared to individualize treatment to each patient.”