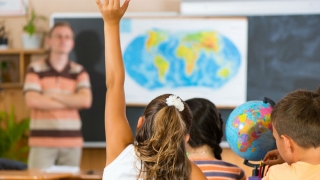 Kids these days are under a lot of pressure to succeed, whether it’s in school, sports, the arts — pretty much any activity they take on can be tied to the stress of success. And for some kids, anything less than perfection seems like failure: A single A minus isn’t straight As, or a missed foul shot during the basketball game overshadows the team’s win.

Perfectionism — which psychologists describe as a trait that causes a person to set extremely high standards and refuse anything short of perfection — can have its positives, but often there are dark sides to striving for flawlessness, according to Stephon N. Proctor, PhD, ABPP, a psychologist in the Department of Child and Adolescent Psychiatry and Behavioral Sciences at The Children’s Hospital of Philadelphia.

“Many kids who strive for perfection, but fall short, frequently feel like failures,” according to Dr. Proctor. “And for the kids who do achieve what seems like perfection, so much work is involved in achieving and maintaining that level of success that they aren’t content either.”

So how can you help a child who’s stressed from trying to succeed and achieve? Dr. Proctor offers advice for parenting a perfectionist: how to spot a perfectionist (or perfectionist-in-the-making), how to address the problem, and when to seek help for serious trouble signs.

In these cases, your child would probably benefit from an evaluation with a therapist who specializes in behavioral health and anxiety disorders. A therapist can create a treatment plan to manage perfectionist tendencies and help your child develop a healthier attitude about success and even learn to stop fearing failure.

“Mistakes are a natural part of life for children and adults. It’s important for parents to teach this to their children,” says Dr. Proctor. “I like to encourage parents to help their child reframe failures as opportunities to learn how to improve.”