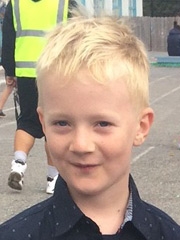 When Martin was 5, he was suffering from multiple epileptic seizures every day. His doctors in Washington, DC, had tried several different medications to control the seizures, but nothing was working. His parents, Ken and Veronika, were researching alternative options to medication and found that Children’s Hospital of Philadelphia (CHOP) was having success with a dietary treatment for epilepsy.

The treatment, known as the ketogenic diet (keto diet), proved to be the solution. Now 8, Martin hasn’t had a seizure in three years. His family has since moved to California, but they continue to return for care at CHOP, traveling to Philadelphia twice a year to meet with CHOP’s Dietary Treatment Program team.

The first signs of epilepsy

Martin was 3 years old when he had his first seizure. Late one night, Ken and Veronika heard a strange noise from Martin’s room. They ran in to find their son having convulsions. Two days later, it happened again.

He was diagnosed with epilepsy at a local hospital and prescribed an anticonvulsant medication that kept him seizure-free for one year. However, the seizures returned, and quickly grew in intensity and frequency.

No luck with medication

Over the next year and a half, Martin had more than 2,500 seizures — averaging 10 to 20 each day. He suffered regular injuries, and his language and motor development stalled as his brain spent most of its time and energy adapting to and recovering from the seizures.

Martin was prescribed a series of different medications. Unfortunately, none worked to control the seizures.

A new treatment approach in Philadelphia

Ken and Veronika brought Martin to CHOP in November 2013, where they were immediately impressed with the careful planning and thorough evaluation. Their consultation included a meeting with Christina Bergqvist, MD, epileptologist and Director of CHOP’s Dietary Treatment Program. She explained that Martin was a good candidate for the ketogenic diet, a high-fat, low carbohydrate diet designed to change the body’s metabolism and the way it produces energy. The diet has proven to be effective in reducing seizures in many patients who haven’t been successfully treated with medication.

Adapting to the ketogenic diet

Although the keto diet doesn’t work for everyone and can be challenging to follow, Ken and Veronika were willing to give it a try.

To get Martin started on the diet, the family spent a week at CHOP where they worked closely with the keto team. Both parents took classes about the diet, while nutritionists carefully phased in higher and higher proportions of fat into Martin’s meals.

It took time to find the right balance of high-fat foods — a menu that Martin would tolerate while having the desired effect on his metabolism. Martin loved to eat fruits and vegetables, but they were only allowed in tiny amounts with the diet, so there were some battles and tears during the first couple of months. However, over time the family adapted to the new food routine, and around the 5-month mark, they began to see a small drop in the number of seizures Martin had each day.

Martin’s breakthrough came after nine months on the diet, when on July 25, 2014, Martin had an especially bad day. In fact, it was the worst he’d had in many months.

By the time he settled down for sleep that night, he’d had 11 seizures. As Veronika was tucking him in, Martin asked her, “How many more seizures do I have inside of me?” Veronika said she didn’t know, so Martin answered his own question: “I think I have two.” He had two more seizures that night, and hasn’t had another one since.

Now 8, Martin is a happy boy, with a special interest in motorcycles — learning about different brands and models and attending motocross races. He loves to ski and building with Legos.

Ken and Veronika are big advocates of the ketogenic diet, and wish more hospitals would provide support for it. It is the unique coordinated care and supportive community they found at CHOP that keeps them making the cross-country flight twice a year for follow-up care. 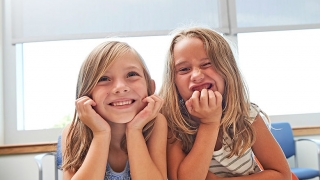