Shiden loves to run. He also has type 1 diabetes. Shiden feels that running helps him with his diabetes care.

Shiden started running last year with Students Run Philly Style, the only program in Philadelphia that offers running training to help youth succeed in life. The program partners with schools in Philadelphia and helps young people accomplish goals beyond their dreams, including the completion of many big races.

Shiden and the kids in his school who participate in the Students Run Philly Style program run three days a week — every Monday, Wednesday and Friday. They run anywhere from two to six miles. If it rains, they run the stairs inside.

Shiden participated in the Broad Street Run in 2011 and 2012. He finished his 10-mile race in one hour and 47 minutes, smashing his 2011 time of two hours plus. He also ran the Philadelphia half marathon last year and several three- to five-mile races.

Reflecting on how running helps him with his diabetes, Shiden says: “Running is the best exercise you can do for your body. It keeps you healthy. It gives you more energy and helps to build stamina so you don’t get tired as easily in other sports.

“It also helps me keep my blood sugars under control.”

Shiden works with the Diabetes Center for Children at Children's Hospital of Philadelphia, his parents and his school nurse to make sure that he tests his blood sugar before and after running. Having something available in case of a low is another important part of managing diabetes when he is in a race or during practice.

We congratulate Shiden on his terrific Broad Street time and encourage him to keep running and staying healthy. 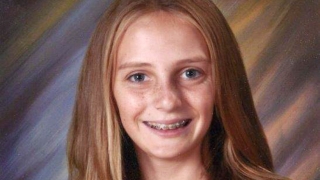 Living with type 1 diabetes themselves, Michelle, Julia and Cate supported and educated young people newly diagnosed with the disorder.