Look at Them Now

To help us celebrate our 20th anniversary, some of our patient families have shared the story of their experiences at the Center for Fetal Diagnosis and Treatment. We hope their stories will be a source of hope and invaluable information for other families faced with similar diagnoses.

Mary was 26 weeks pregnant with her daughter Addison when she and her husband Jed learned that their baby was very sick. Addison had a large mediastinal teratoma, a tumor in the middle of her chest between her heart and lungs that was causing her to go into heart failure.

Gayle walked into The Children’s Hospital of Philadelphia when she was 16 weeks pregnant with her son Charlie, who was prenatally diagnosed with a giant omphalocele. Charlie's liver, intestines and stomach protruded outside his abdomen, covered by a thin sac of tissue.

After a rare condition affecting her mother's pregnancy caused Christina to develop liver cysts before she was even born, her parents turned to CHOP’s Center for Fetal Diagnosis and Treatment. Prenatally diagnosed with hepatic mesenchymal hamartoma, Christina was one of the Center’s very first patients.

Kira was 19 week pregnant when she and her husband Ken learned that their son, Ciarlo, had spina bifida. Their doctor sent them to The Children’s Hospital of Philadelphia, where Ciarlo had surgery to repair the hole in his spine the day after he was born.

Rachael and Govind were ready to leave for a family vacation when an unexpected diagnosis of twin-twin transfusion syndrome (TTTS) abruptly changed their plans. Two days later, Rachael underwent minimally invasive fetal surgery with the hopes of halting the progression of the condition, which can be fatal if left untreated.

Eleanor and Matt were absolutely thrilled when they learned they were expecting their first child. But at their 20-week ultrasound, they received devastating news that their baby had a sacrococcygeal teratoma (SCT) — a large tumor located at the base of the tailbone.

Stacy and her partner Stephanie had a difficult time getting pregnant, so they were ecstatic when they found out Stacy was expecting a baby boy. But 12 weeks into the pregnancy, that excitement turned to fear when they found out that their son had a giant omphalocele. 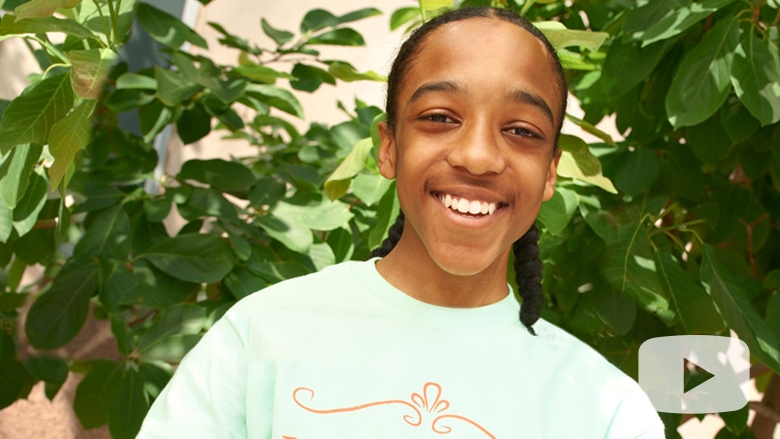 During a 17-week ultrasound, Wanda and her husband Michael Sr. learned that the baby they were expecting had a congenital diaphragmatic hernia (CDH). They were devastated when the physician recommended terminating the pregnancy, and pressed for further options.

Tara and Travis first learned something was wrong with their unborn baby boy when they went in for a routine screening with a maternal-fetal medicine specialist. The baby’s bladder was enlarged to the size of his head, indicating an obstruction. The doctor wasn’t optimistic, but they weren’t ready to give up.

Five-year-old identical twins Stella and Olivia are full of giggles. They delight in the fact that people have a hard time telling them apart. But before the girls were born, there was a very significant difference that meant a life or death situation for one or both of the twins: twin-twin transfusion syndrome (TTTS).