Rachel Jackson knew something was wrong with her baby when she couldn’t see his heart during a routine 20-week ultrasound.

“I asked the tech why we couldn’t see the heart,” remembers Rachel. “She said it was because ‘something’ was in the way.”

That “something” turned out to be a right congenital cystic adenomatoid malformation (CCAM) — a large mass — in the baby’s right lung.

Among the life-threatening problems that CCAM can cause is fetal hydrops, an accumulation of fluid surrounding internal organs caused by congestive heart failure. Not only was the baby in danger from the mass, but Rachel was also at risk. CCAM can cause massive fluid retention in the mother, which can lead to preeclampsia.

When Rachel and her husband, Chris, asked for more information from the doctor in their hometown of Brownsburg, IN, he handed them a page printed off of Children’s Hospital of Philadelphia's (CHOP) website.

After the diagnosis, the couple flew into Philadelphia to consult with the medical team at the Center for Fetal Diagnosis and Treatment at Children’s Hospital. During testing, the size of the CCAM was measured using a CCAM volume ratio technique, which gives doctors an idea of how severe the mass is.

The staff’s experience with hundreds of fetal patients prior to birth has shown that a CVR of higher than 1.6 is worrisome. Adam’s CVR was 1.69 — and it stayed there.

The build up of amniotic fluid was so severe that Rachel had to undergo four amnioreductions during the pregnancy. The procedure, which uses an amniocentesis needle to suction out the excess fluid, carries its own risks, including bleeding, infection and injury to the membranes.

Chris says his unborn son proved himself to be a “fighter” during those procedures.

“He would take his little foot and push the needle,” he remembers.

While the couple sought medical care from CHOP, they hoped they would be able to stay close to home for delivery and follow-up care after Adam was born. The original plan was that if Rachel reached the 32-week point, she would deliver in Indiana. However, at 36 weeks, her doctor recommended that Rachel return to Philadelphia — and The Children’s Hospital of Philadelphia.

The couple had three days to pack, arrange childcare for their four sons, ranging in age from 18 months to 9 years, and fly to Philadelphia. They stayed at the Ronald McDonald House in Camden, NJ, for two weeks before it was time to deliver Adam.

Adam was born on July 15, 2002 at 39 weeks. He underwent an ex utero intrapartum therapy (EXIT) procedure, where he was delivered through an abdominal incision, but remained connected to the umbilical cord to maintain placental support.

Although the cyst was “the size of an orange," and had pushed his heart almost under his arm, Adam came through the surgery well. In fact, he didn’t even need ECMO (extracorporeal membrane oxygenation), the temporary heart-lung bypass machine that many infants who have this type of surgery require to help them survive while they recover.

Adam was placed on a ventilator in the Newborn/Infant Intensive Care Unit (N/IICU) for almost four weeks, and was sent home on Aug. 27. 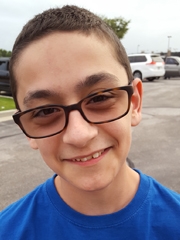 Fourteen years later, Adam is your typical teenager. He loves to sleep, hang out with his friends and bug his brothers. He has asthma, but it is very well controlled, and he stays busy with some pretty complex hobbies — computer programming and designing websites.

“I really believe it was the fact we came to Philly that everything went so well,” says Rachel, noting that none of the doctors she saw in Indiana were familiar with CCAM.

The Jacksons are grateful to all the people who helped them through their ordeal — the doctors, nurses and staff at Children’s Hospital, the friends, neighbors and strangers who prayed for them, and the people they met at the Ronald McDonald House who helped give them a shoulder to lean on.

"I often look at him and remember being pregnant with him, unsure if I'd get to watch him grow up," remembers Rachel. "He is still a miracle...14 years later!" 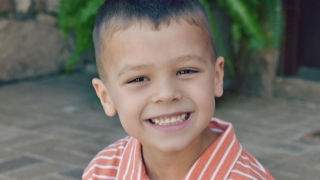