When David was 8, he began experiencing stomach pains the night before school started. They came and went for two days before becoming increasingly bad on the third night — the pain was radiating upward through his shoulder. His parents, Patrick and Rachel, decided a trip to the local emergency room was warranted. The doctors performed a scan that picked up the existence of the mass: the stomachache turned out to be a grapefruit-sized tumor in his liver. The family was immediately put in an ambulance that headed to Children's Hospital of Philadelphia (CHOP). 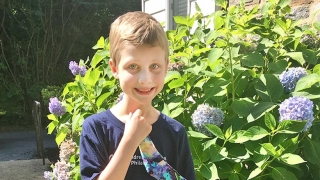 David underwent six rounds of chemotherapy, with two chemo drugs and a cardioprotective drug administered each round. In early December, liver transplant surgeons removed the tumor, much of his liver and his gallbladder.

Through it all, David’s spirit never faltered. “What a champ,” says Rachel, with admiration. “David was disappointed when he missed school and very rarely missed a day when he wasn’t at CHOP, unless he wasn’t feeling well. As for treatment, he rocked it.”

What his family and care team realized quickly was that David didn’t want any surprises. “We tried to tell him everything we could up front, so that he had time to process and accept,” says Rachel. “The CHOP team was instrumental in helping us to keep David informed in a way he could understand and to quell the anxieties about the unknown. No one ever minimized his concerns, and I think that validation was a huge part of maintaining his trust.”

“Everyone was amazing, and it was truly a team effort.”

David is a huge superhero and comic book fan, particularly of Marvel Comics, so the borrowed tag line for David’s treatment was “Avengers, assemble!” One morning during David’s admission for his first round of inpatient chemo, David and Rachel woke up to a note from one of his nurses that said “Keep on fighting, David” next to a drawing of Iron Man, David’s favorite superhero. 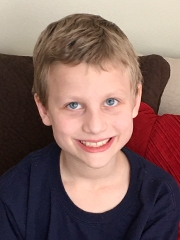 “The same nurse sat with me the first night of David’s first round of chemo,” Rachel recalls, “as I watched and cried, not knowing what the drugs would do to our little boy, and not knowing what the next six months would bring, but knowing also that he — and all of us — had no choice but to travel this journey and to be as strong as we could while doing so.” The family was constantly impressed not only with the exceptional medical care but with the compassion that extended to the entire family.

Thinking about their son’s resilience, his parents say with awe, “He really is a superhero!” And while David, now 9, and his family still enjoy those fictional characters, David was impressed by the other kinds of heroes who helped him. “He now talks about career as both a liver surgeon and a child life specialist,” says Rachel with a smile. “At CHOP, of course.” 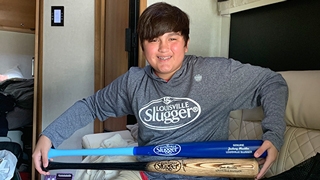 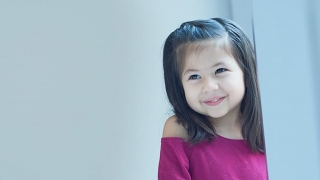 "CHOP is so great because they support the whole family," says Gabby's dad, Paul.