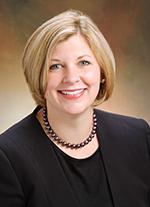 Dr. Moldenhauer began her career at CHOP in 2009 as a high-risk obstetrician in the CFDT. In 2012, she was named Medical Director of the Garbose Family Special Delivery Unit (SDU), the delivery arm of the CFDT, and the world’s first birth facility in a pediatric hospital specifically designed for healthy mothers carrying babies with known birth defects.

In her new role, Dr. Moldenhauer will oversee highly specialized, comprehensive obstetrical care in a multidisciplinary fetal medicine program. The CFDT is an internationally recognized leader in fetal diagnosis, fetal surgery and fetal care. Since 1995, the CFDT has cared for more than 22,775 expectant women or mothers from around the world and performed more than 1,691 fetal surgeries. All of the fetal anomalies treated at the CFDT including congenital diaphragmatic hernia (CDH) and twin-twin transfusion syndrome (TTTS), among others, require expert care.

One of Dr. Moldenhauer’s research interests relates to improving the prenatal and obstetrical management of pregnancies complicated by fetal birth defects, including gastroschisis, a defect that causes the fetal intestines to extend into the amniotic fluid through an opening in the abdominal wall. Dr. Moldenhauer also has a particular interest in outcomes after open fetal surgery and EXIT procedures, examining how fetal conditions and their treatment can place mothers at increased risk for complications.

Dr. Moldenhauer is currently the Chair of the Board of Directors of the North American Fetal Network (NAFTNet) and has been the driving force behind the Fetal Myelomeningocele Consortium and international outcomes registry, as well as several other initiatives in NAFTNet. Dr. Moldenhauer orchestrated the organization’s important position statement on fetal myelomeningocele repair with input from multiple professional societies internationally. She has also led many fetal therapy courses given at Society for Maternal-Fetal Medicine meetings and CHOP educational activities.

Dr. Moldenhauer serves as an Associate Professor of Clinical Obstetrics and Gynecology in Surgery in The Perelman School of Medicine at The University of Pennsylvania. She has published over 100 papers and book chapters and has presented hundreds of invited lectures across the country and abroad.

Dr. Moldenhauer succeeds Dr. Mark Johnson, who served as the Director of Obstetrical Services in the CFDT at CHOP for 20 years. Dr. Johnson was the very first obstetrician recruited to CHOP in 1998. He was already internationally renowned as a fetal therapy expert at Wayne State University and Hutzel Hospital. Since that time, the CFDT has had more than 22,775 referrals from all 50 states and from more than 70 countries. Dr. Johnson was vitally involved in the creation of the SDU in 2008. He will continue to see patients at CHOP, focusing on prenatal diagnosis and therapy. Dr. Johnson will also devote time to mentoring junior faculty.

A Warm Welcome to Our New Team Members

The Center for Fetal Diagnosis and Treatment is pleased to introduce you to our team members. 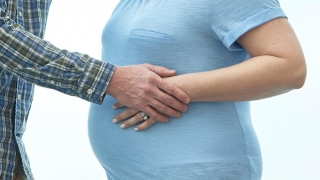 Our Psychosocial Support Team offers a wide array of counseling and supportive services to help parents and families cope.