EG is a 13-year-old female, referred to the Pulmonary Division at The Children’s Hospital of Philadelphia for evaluation of chronic respiratory symptoms. She was born at full term, and the delivery was complicated by concerns for meconium aspiration. She did not require intubation or any non-invasive respiratory support at birth, and was discharged to home on day two of life.

Throughout childhood, she suffered from productive year-round cough, persistent nasal congestion, and chronic serous otitis media. She would intermittently be treated with antibiotics, which provided short-term relief of her symptoms. EG was followed by an allergist, who diagnosed her with allergic rhinitis and asthma, and treated her accordingly. She was referred to CHOP for worsening cough over the previous year.

PCD Evaluation and treatment at CHOP

As part of her evaluation, a chest radiograph was obtained, which revealed dextrocardia and abdominal situs inversus. Of note, EG had had multiple chest radiographs in the past which showed dextrocardia. A chest CT confirmed situs inversus as well as reported mild bronchiectasis in the right middle lobe, lingula, and basilar segments of both lower lobes suggestive of mild tree-in-bud nodular opacities in the anterior aspect of the lingula as well (see Figure 1). 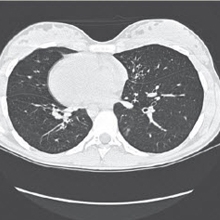 Figure 1 A sputum culture obtained in the office was positive for Pseudomonas aeruginosa. Due to high suspicion for primary ciliary dyskinesia (PCD), genetic testing was sent. She was admitted to the Hospital for intravenous antibiotics and initiation of an aggressive mucociliary clearance regimen.

(Figure 1: A CT image of EG’s chest in the axial plane shows dextrocardia and bronchiectasis in the right middle lobe, lingula, and basilar segments of both lower lobes.)

EG continues on inhaled antibiotics to prevent colonization of her mucus with bacteria, inhaled hypertonic saline to thin her mucus, and high-frequency chest wall oscillation with huff coughing to mobilize secretions.

Genetic testing revealed heterozygosity for two pathogenic mutations in the DNAH11 gene. This gene encodes a ciliary outer dynein arm protein and is a member of the dynein heavy chain family. It is a microtubule-dependent motor ATPase and has been reported to be involved in the movement of respiratory cilia. Mutations in this gene have been implicated in causing Kartagener syndrome (a combination of situs inversus totalis and PCD, also called immotile cilia syndrome 1, and male sterility. PCD is an autosomal recessive, genetically heterogeneous disorder characterized by oto-sinopulmonary disease and situs abnormalities (Kartagener syndrome) due to abnormal structure and/or function of cilia. 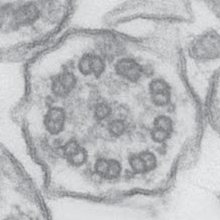 Figure 2: Ciliary biopsy showing absent inner dynein arms. Most patients currently recognized to have PCD have ultrastructural defects of cilia (see Figure 2). However, some patients have clinical manifestations of PCD and low levels of nasal nitric oxide, but normal ultrastructure, including a few patients with biallelic mutations in dynein axonemal heavy chain 11 (DNAH11). EG will undergo measurement of nasal nitric oxide at CHOP’s Primary Ciliary Dyskinesia Program that will help to further support the diagnosis of PCD.