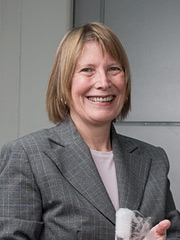 Kathleen Sullivan MD, PhD Children with very early onset inflammatory bowel disease (VEO IBD) comprise a heterogeneous group of patients that includes some who present with a mild course. However, a subset of patients present with more severe disease that does not respond to traditional therapies. Designing treatment targeted to the individual child requires analysis of multiple complex factors.

The new VEO-IBD clinic at The Children’s Hospital of Philadelphia, the first of its kind, unites experts from gastroenterology, immunology and genetics. Led by Judith Kelsen, MD, attending gastroenterologist, and Kathleen Sullivan, MD, PhD, chief, Division of Allergy and Immunology, the team is improving clinical care and guidelines for VEO-IBD, while building a body of research uncovering phenotypic, genetic, and immunologic factors. 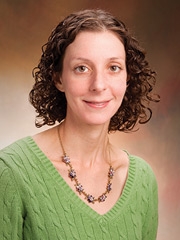 Judith Kelsen, MD “Children who are diagnosed with IBD at a very young age are a unique population,”says Kelsen. “These children frequently require a different approach, both in the evaluation of the disease and in the treatment, distinct from older-onset IBD. The purpose of our new clinic is to identify pathways in patients that can be effectively targeted therapeutically. By using cutting-edge technologies such as exome sequencing and advanced immunologic methods, we aim to find pathways that may respond to a specific drug therapy.”

Approximately 6% to 14% of pediatric IBD patients are diagnosed at younger than 5 years of age. Managing this disease effectively is challenging as there are no standard guidelines for either evaluation or treatment. Kelsen and Sullivan are seeing patients who were diagnosed with IBD from the neonatal period to approximately 5 years old. Parameters include more severe presentation of symptoms; aggressive progression; and lack of response to conventional therapy.

A review of the patient database at CHOP revealed that more than 200 patients were diagnosed with IBD at younger than 5 years of age. In addition to seeing many of these patients with VEO-IBD, Kelsen and Sullivan are drawing second opinions from around the country and even internationally.

In addition to a physical exam and history, every clinic patient has whole exome sequencing. The sequencing is performed by BGI@CHOP, an on-site collaboration between CHOP and Beijing Genomics Institute. Oral swabs and stool samples are also collected from each patient for microbiome analysis. Members of the VEO-IBD team, who also include Marcella Devoto, PhD, a biostatistician in the Division of Human Genetics; Noor Dawany, PhD, a bioinformatics scientist; and Maire Conrad, MD, a third-year IBD fellow, analyze the genetic data together. With Robert Baldassano, MD, medical director of the CHOP-Penn Microbiome Center, they are correlating the data from genomics and the microbiome of the patients in order to understand their relationship to the development of the disease.

Understanding the genetic drivers of the disease is key to the clinical team’s ability to refine treatment. For example, sequencing uncovered a rare immunodeficiency in one patient, currently a 17-year-old who was diagnosed with IBD as a baby. He had received conventional treatment, however continued to experience ongoing active disease. “The immunodeficiency looks like IBD, behaves like IBD,” Kelsen says. With this new finding, the clinical team has recommended stem cell transplant.

“Patients who have an underlying immunodeficiency and/ or a single gene or a few genes that are responsible for their disease often do not respond to standard therapy,” Kelsen says. “This is likely because they have a disease that is driven by a different pathway. “This is real targeted individualized therapy. We always talk about that as being in the future, but we’re actually doing that in this clinic, and it’s very exciting.”