Heart disease is often thought of as a “grown-up” problem, so you might be surprised to learn just how often it occurs in children: About 1 in 120 children is born with a heart defect, and others may develop heart disease as they grow up. The team of more than 800 experts at the Cardiac Center at Children’s Hospital of Philadelphia provides the latest advances in cardiac care for these patients, from before birth through adulthood.

The team at the Cardiac Center cares for patients with all types of heart conditions, from relatively common issues like heart murmurs to seldom-seen defects like hypoplastic left heart syndrome, which requires a series of open-heart surgeries — some of which were pioneered at CHOP — to repair. Patients like the two featured here receive the latest innovations in cardiac care, from fetal procedures to state-of-the-art imaging and interventions to diagnose and treat lymphatic leaks and lymphatic flow disorders.

The cardiac team takes the idea of personalized care to a new level, even developing specialized treatments for individual patients. They have created new catheterization techniques, offer the most advanced imaging tests, and have adapted medical devices designed for adults so they can be used in pediatric patients — and they are working on advances that will bring healing to even more children.

Finn: a heart without chambers

The photograph is one of Kelly Blumenthal’s most treasured mementoes: In it, her son, Finn, sleeps peacefully in his room at Children’s Hospital of Philadelphia — with the hand of his surgeon and CHOP’s Chief of Cardiothoracic Surgery, Thomas Spray, MD, resting on his chest. 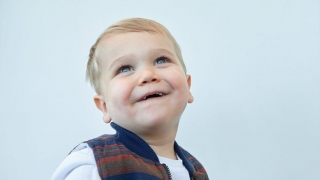 Finn, now 3, has heterotaxy syndrome, a rare birth defect that involves the heart and other organs. In Finn’s case, his heart had no separate chambers, his lungs were reversed, and his bowel was in the wrong location. CHOP is one of the few places in the world with the expertise to care for children with this condition. And when Kelly and her husband, Michael, sought second opinions for Finn’s care, the choice was clear.

“In all of the specialties that mattered to us — cardiology, GI, neurology — CHOP was making breakthroughs,” says Kelly. “And when I spoke with CHOP families, they all just raved about the place. Over and over, people got emotional about CHOP.”

After completing some imaging tests, including an MRI and a cardiac catheterization, the team at CHOP recommended an approach to repairing Finn’s heart. During his first open-heart surgery, which was performed at another hospital, Finn’s circulation had been modified; Spray would make two additional modifications to improve the blood flow in Finn's heart.

Finn’s surgery was a success: Spray’s part of the procedure took just 37 minutes, and when he came out of the operating room to speak to Kelly and Michael, Finn was already off of life support. A week later, he was discharged.

Thinking back to Finn’s first night in the Evelyn and Daniel M. Tabas Cardiac Intensive Care Unit after his surgery, Kelly says: “I slept better than I had in three years. I knew Finn was going to be OK, that he would be there in the morning. I knew that I would see birthdays and graduations in the years ahead.”

Beyah: a blockage in the aorta

Phoebe Kaufman was just 20 weeks into her pregnancy when she and her husband, Matt, received devastating news about their baby. After a routine ultrasound, “The doctor came in and said, ‘We have a major problem,’” says Phoebe. “My heart just sank.”

The doctor diagnosed their child with an interrupted aortic arch, a rare and serious heart defect. Phoebe and Matt were told that there was no guarantee their baby would survive. But they weren’t prepared to give up. A week later, they had an appointment at the Center for Fetal Diagnosis and Treatment at CHOP, where they finally received some good news: Doctors told them there was hope for their baby. 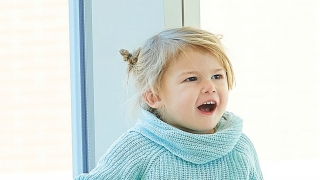 “It was a breakthrough moment,” Phoebe says. “Life was put back into me.”

Beyah was born in May 2015 in CHOP’s Garbose Family Special Delivery Unit — and just a few days later, she had open-heart surgery to repair her heart defect. Beyah’s surgeon, Spray, has pioneered many important advances in pediatric heart surgery, and her parents knew she was in the very best hands.

Now 2, Beyah loves dancing, singing and playing outside (as well as teasing her older sisters!). She’s growing and developing just like other kids her age, and comes to CHOP for regular appointments with her cardiologist and the Cardiac Kids Developmental Follow-Up Program, one of many innovative programs CHOP offers to care for children with heart conditions as they grow up.

Just a few decades ago, children with heart defects faced very difficult odds. But today, they have the benefit of the game-changing research and lifesaving advances made at CHOP and other institutions. Beyah’s parents are deeply grateful to the team at CHOP for giving them hope — and for giving their daughter a chance at a healthy, happy life.

After Beyah’s surgery, Matt says, “Her cardiologist characterized her heart as ‘pristine.’ It was such an amazing thing to experience.”