When Bonnie Martin was 24 weeks pregnant, she and her husband, Bobby, received news that would change their lives forever: Their baby had a congenital heart defect called Ebstein’s anomaly of the tricuspid valve. “We were absolutely devastated,” says Bonnie. 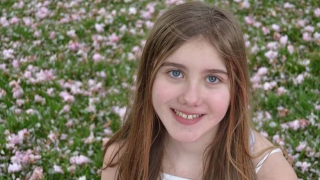 At the recommendation of a maternal-fetal medicine specialist near their home in Conestoga, Pa., the Martins made an appointment with CHOP’s Fetal Heart Program, a world leader in providing early detection, evaluation and management of fetal heart defects prior to a baby’s birth. During that appointment, they met with medical director Jack Rychik, MD, and program coordinator Denise Donaghue, RN, MSN, who explained their baby’s condition and the treatment she would need after birth. It was, says Bonnie, “a turning point of hope.”

Samaria Martin was born on April 4, 2007 – and just days later, Thomas Spray, MD, chief of the Division of Cardiothoracic Surgery, performed her first open heart surgery. The pediatric cardiac surgery team at CHOP is among the best in the world, with four cardiothoracic surgeons who collectively perform more than 850 pediatric heart surgeries each year – and families like the Martins take comfort in the fact that their children are in the very best hands.

After five weeks in the Hospital, Samaria went home. She continued to see her primary cardiologist, R. Lee Vogel, MD, at the CHOP Specialty Care Centers in Exton and King of Prussia for follow-up care, and had her second open heart surgery at CHOP in 2007.

After Samaria’s third surgery, in 2008, Bonnie knew she wanted to give something back to the hospital that had given her family so much. She was keenly aware of the need for more funding for research on single ventricle heart defects. But, like so many parents of children with complex medical needs, she just didn’t have much time to spare.

Then she learned about Fundraising Pages — customizable, easy-to-use Web pages that anyone can create on The Children’s Hospital of Philadelphia Foundation’s website to honor a patient and raise money for the Hospital.

Bonnie created a fundraising page (chop.donordrive.com/campaign/samariamartin) with the goal of raising $1,000 each year for single ventricle research at CHOP; over the years, she has raised more nearly $13,000. Her friends and family make donations large and small.

She also used Facebook and other social media sites to boost her fundraising efforts — a strategy she learned about at a Volunteer Leadership Summit hosted by the Hospital’s Executive Council of Volunteer Organizations. The annual summit celebrates CHOP’s many fundraisers and other volunteers and offers networking opportunities as well as educational breakout sessions. “It’s just the most inspirational day,” says Bonnie.

Now 13, Samaria is a busy teenager who enjoys watching memes on YouTube. She's an honor roll student and a Silver Award Girl Scout.

“It’s so vital to learn about these children and the issues they face and how to give them the opportunity to thrive,” says Bonnie. “So many times people will say,‘It’s only $15,’ but everything adds up. It’s all about the big picture.”

Breakthrough stories like Samaria's are made possible, in part, thanks to generous donations to the Cardiac Center. With your support, we can provide innovative care, pioneering treatments and lifesaving cures to more children — today, tomorrow, and for years to come.