Born with a heart defect, Joshua, now 25, is a healthy and social young man. He studies at yeshiva, and enjoys public speaking and writing. Joshua believes young patients with heart problems, and their parents, can find hope from his story.

Joshua’s mother, Michele, learned during her pregnancy that something was wrong with one of the twins she was carrying, but it wasn’t until Joshua and his sister were born that she discovered just how complicated Joshua’s medical problems were.

He had a number of congenital anomalies, including cleft lip and palate and tetralogy of Fallot, a heart defect. In addition, his spinal cord was attached to his spinal canal, a condition called “tethered cord.”

Determined to get their son the best care possible, Michele and her husband, Zoltan, asked a neighbor in their Lakewood, NJ, community to recommend a hospital with expertise in caring for children with complex medical needs.

“He didn’t have any doubt,” says Michele. “He said, ‘If you go to CHOP, they can take care of everything.’” The day after his delivery, Joshua was taken by ambulance to CHOP.

The next few weeks were a whirlwind for the family. Joshua’s parents consulted with many CHOP specialists and were preparing to take Joshua home, with plans to return in the coming months, when one of his doctors noticed that something wasn’t quite right.

“He didn’t like the way Joshua sounded,” says Michele. “He couldn’t pinpoint what it was, but he knew something was wrong. He said ‘Don’t take him home yet, we want to do more tests.’”

Joshua’s condition worsened that night — and the next day, Children's Hospital's cardiothoracic surgery team performed open heart surgery to repair his tetralogy of Fallot.
Joshua spent two months at CHOP recovering from the surgery and continued to come to the Hospital for care throughout his childhood. He had several other major surgeries to repair his cleft lip and palate and untether his spinal cord.

Through it all, the CHOP team worked together to coordinate Joshua’s care and make his family’s experience as smooth and seamless as possible.

His doctors spoke frequently about his treatment plan, customizing his care to meet his unique needs. For example, the cardiac anesthesia team was there for every one of Joshua’s many surgeries — even those not related to his heart condition. CHOP is one of the few hospitals in the country with anesthesiologists specially trained to handle anesthesia for pediatric cardiac patients, who may respond to anesthesia differently than other children.

Joshua’s medical team also worked hard to ensure that his health conditions didn’t keep him from having a full and happy childhood.

“He was allowed to do most things — he didn’t really have too many restrictions at all,” says Michele.

The Cardiac Center team is dedicated to providing care for children from before birth through adulthood, and Joshua’s doctors worked together to meet his healthcare needs as he grew up.

As a teenager, Joshua began experiencing shortness of breath and fatigue — and tests showed that he had a severe leak in his pulmonary valve, a condition that is relatively common in patients who have had surgery to repair TOF.

Joshua has regular follow-up visits and has been followed by cardiologist Marie Gleason, MD, since 1996.

“Dr. Gleason is a perfect example of the Everest-high quality of CHOP’s incredible staff,” says Joshua. “When we last spoke, she expressed how happy she was that I was doing so well, and I could tell she truly cared. That’s the type of doctor I’d want for my kids.”

Now that he is a young adult, Joshua will receive cardiac follow-up care through the Philadelphia Adult Congenital Heart Center, a program that combines the expertise of the Cardiac Center at CHOP and Penn Medicine.

“CHOP is my second home,” says Joshua. “Not only because I spent so much time there, but because they make anyone who visits feel right at home. They always made me feel so good and took excellent care of me.”

Joshua and his family are grateful to God for making his recovery possible — and to his doctors for the incredible care he’s received at CHOP over the years.

“Everything is always excellent at CHOP,” says Michele. “Everyone is happy to help and be helpful and answer questions. They make everything work … It’s like a very well-oiled machine.” “My gratitude to the doctors and nurses at CHOP is inexpressible,” says Joshua.

“They played a big role in saving my life more than once and greatly enhancing its quality. I thank God for CHOP!”

Joshua is also grateful to his parents and teachers for raising him to look at the good in life. “Small things don’t bother me,” he says. “I’m able to take things in stride.” He understands that he has gained strength and a unique perspective on life through his experiences. 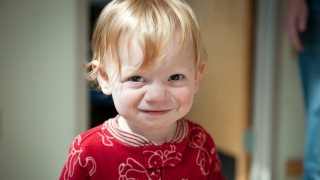 From his prenatal diagnosis of TOF, to treatment after birth and follow-up care, Aidan has benefited from the expertise of the Cardiac Center. 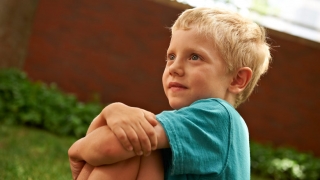 When Ben was 2-years-old, he had open heart surgery to repair tetralogy of Fallot. Today, he is a happy and energetic boy.